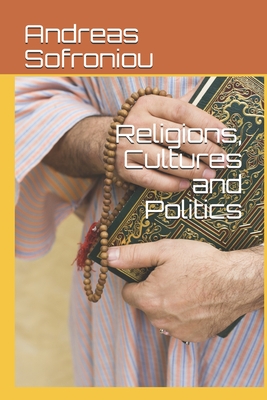 Religion and politicsReligion and politics is the relationship between spiritual and secular authority, and the effects of religious principles or beliefs on political life. This has always been fraught with potential conflict. Religion is acknowledged to be a crucial source of legitimacy and political mobilisation in all societies, ranging from those which are avowedly secularist, such as communist regimes, to those which are theocracies, such as Iran, or Tibet before Chinese rule was imposed in 1951, or those where conformity to a state religion plays an important part in national life, as in Saudi Arabia. A complex example is Israel, a state founded on Zionism, a secular movement which claims the territory of Israel on historical and religious grounds. Many states have tried to weaken the power of the religious body by creating a state religious body, as in England, Scotland, and most of northern Europe following the 16th-century Reformation, where national churches were legally established in an attempt at control. Likewise, many great Islamic dynasties tried to assimilate the ulama (teachers of Islamic law); more recently, the secular government of Turkey attempted to reduce the authority of Islam by creating a State Directorate of Religious Affairs. In the former Soviet Union, religious activity was circumscribed or even banned until 1991 when freedom of belief was reinstated.The authorities had tried to control the remaining religious institutions by bringing them under state supervision. In the USA, by contrast, the separation of church and state is formally enshrined in the First Amendment to the Constitution (1791), exemplifying the principle of secularism, the view that religion should be separate from public life, which first came to prominence among philosophers of the 18th-century Enlightenment.Secularisation and the decline of religious belief and observance were regarded by many as hallmarks of modernisation and Western liberal democracy until recent years, but since the Iranian Islamic Revolution (1979) and the spread of Islamic fundamentalism, the resurgence of the New Right and fundamentalist values in US political life in the 1980s, and the virtual collapse of most secular communist regimes by the end of that decade, religion has been very widely acknowledged as a powerful element in both individual and public life.Communal conflictConflict between different groups is often within one state, based upon different religion, race, language, culture, or history, factors which may all be described as their ethnicity (ethnic groups). It may be expressed in a general tension, hostility, and competition for scarce resources, or in forms of oppression or prejudice by one group, often the majority, over another, such as racism, segregation, and discrimination. It may lead to unrest or protests which destabilise a state, separatist movements, or open armed conflict culminating in civil war, which undermines the integrity of the state and may lead to secession. Communal conflict may also be a major source of conflict between states. Conflict may be sparked by a particular issue, such as access to a mutually claimed religious place (the most famous example being Jerusalem, which is holy to Christians, Jews, and Muslims; while in Ayodhya, India, which is one of the seven most sacred Hindu sites, Hindus have attempted to demolish a mosque). Disputes often focus on language and education.

The Story of Libraries, Second Edition: From the Invention of Writing to the Computer Age

Ripley's Believe It or Not! Escape the Ordinary

The World Almanac and Book of Facts 2023

The United States of Cryptids: A Tour of American Myths and Monsters

The All-Time Book of Fascinating Facts

The Wayward Writer: Summon Your Power to Take Back Your Story, Liberate Yourself from Capitalism, and Publish Like a Superstar

The Book of Phobias and Manias: A History of Obsession

The Book of Useless Information

Sure as the Sunrise: 100 Morning Meditations on God's Mercy and Delight

Legends of an Ole' Lineman: True lessons and learning for a Journeyman

Interesting Facts For Curious Minds: 1572 Random But Mind-Blowing Facts About History, Science, Pop Culture And Everything In Between

The Anatomy of Genres: How Story Forms Explain the Way the World Works

The Art of Deception: An Introduction to Critical Thinking

Read These Banned Books: A Journal and 52-Week Reading Challenge from the American Library Association

Short Stories in English for Beginners

You Too Can Be Prosperous: The Spiritual Secrets of Abundance and Prosperity

Cribbing and Shoring for Urban Search and Rescue

Style: Lessons in Clarity and Grace

Madrigal's Magic Key to Spanish: A Creative and Proven Approach

The Weeding Handbook: A Shelf-By-Shelf Guide

Interplay: The Process of Interpersonal Communication

The Madman's Library: The Strangest Books, Manuscripts and Other Literary Curiosities from History

The Creative Habit: Learn It and Use It for Life

Vanity Fair 100 Years: From the Jazz Age to Our Age

The Complete Book of Speech Communication: A Workbook of Ideas and Activities for Students of Speech and Theatre

The Fine Art of Small Talk: How to Start a Conversation, Keep It Going, Build Networking Skills -- And Leave a Positive Impression!