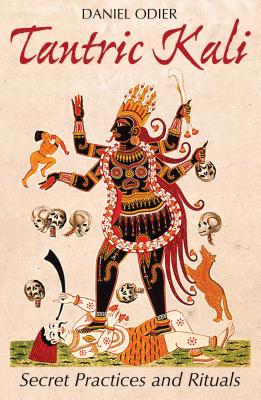 The Untamed Elemental: A 52-Card Oracle Deck and Guidebook

Finding Home Within the Heart of the Earth: Creating a Harmonious Space with the Energy of the Earth

Becoming Supernatural: How Common People Are Doing the Uncommon

The Biology of Belief: Unleashing the Power of Consciousness, Matter, and Miracles

For You When I Am Gone: Twelve Essential Questions to Tell a Life Story

If the Buddha Dated: A Handbook for Finding Love on a Spiritual Path

The Creative Tarot: A Modern Guide to an Inspired Life

Choose Joy: Three Keys to Investing Your Time in Retirement

How Are You, Really?: Living Your Truth One Answer at a Time

Take What You Need: Life Lessons After Losing Everything

The Scent of Lemon & Rosemary: Working Domestic Magick with Hestia

F*ck Anxiety: 101 Ways to Soothe Anxiety, Stop the Panic + Get Back to Your Badass Self

Way of the Peaceful Warrior: A Book That Changes Lives

Carry On, Warrior: The Power of Embracing Your Messy, Beautiful Life

Urban Faery Magick: Connecting to the Fae in the Modern World

Reinventing the Body, Resurrecting the Soul: How to Create a New You

The Chalice of Magdalene: The Search for the Cup That Held the Blood of Christ

The Beginner's Guide to Starseeds: Understanding Star People and Finding Your Own Origins in the Stars

Our Tarot: A Guidebook and Deck Featuring Notable Women in History [With Book(s)]

Badass Habits: Cultivate the Confidence, Boundaries, and Know-How to Upgrade Your Life

Mirrors in the Earth: Reflections on Self-Healing from the Living World

The Immortality Key: The Secret History of the Religion with No Name

The Path to Love: Spiritual Strategies for Healing

Seasons of the Sacred: Reconnecting to the Wisdom Within Nature and the Soul

The Secret Therapy of Trees: Harness the Healing Energy of Forest Bathing and Natural Landscapes

Trees: An Anthology of Writings and Paintings

The Tree Angel Oracle Deck: The Ancient Path Into the Sacred Grove [With Book(s)]

Called to Be Creative: A Guide to Reigniting Your Creativity

The Enneagram Guide to Waking Up: Find Your Path, Face Your Shadow, Discover Your True Self

Sacred Geometry of Nature: Journey on the Path of the Divine

Mindful Beauty: Holistic Habits to Feel and Look Your Best

The Yoga Almanac: 52 Practices and Rituals to Stay Grounded Through the Astrological Seasons

The House Your Stars Built: A Guide to the Twelve Astrological Houses and Your Place in the Universe

Arthurian Magic: A Practical Guide to the Wisdom of Camelot

The Return of Collective Intelligence: Ancient Wisdom for a World Out of Balance

The Tutankhamun Prophecies: The Sacred Secret of the Maya, Egyptians, and Freemasons

The Way of the Wizard: Twenty Spiritual Lessons for Creating the Life You Want

Wisdomkeepers of Stonehenge: The Living Libraries and Healers of Megalithic Culture

The Last Hours of Ancient Sunlight: Revised and Updated Third Edition: The Fate of the World and What We Can Do Before It's Too Late

Bringing Yoga to Life: The Everyday Practice of Enlightened Living

Getting Through It: Reclaim & Rebuild Your Life After Adversity, Change, or Trauma

The Accidental Shaman: Journeys with Plant Teachers and Other Spirit Allies

Auras: See Them in Only 60 Seconds!

Arching Backward: The Mystical Initiation of a Contemporary Woman

The Surfer and the Sage: A Guide to Survive and Ride Life's Waves

The Teachings of Don Carlos: Practical Applications of the Works of Carlos Castaneda

Tales of a Modern Sufi: The Invisible Fence of Reality and Other Stories

Pendulum Power: A Mystery You Can See, a Power You Can Feel

The Goddess in the Gospels: Reclaiming the Sacred Feminine

The Divine Design: The Untold Story of Earth's and Humanity's Evolution in Consciousness

The Call of Soul [With CD (Audio)]

Can't Hurt Me: Master Your Mind and Defy the Odds - Clean Edition

Zeitgeist 2025: Countdown to the Secret Destiny of America... the Lost Prophecies of Qumran, and the Return of Old Saturn's Reign

Sacred Woman: A Guide to Healing the Feminine Body, Mind, and Spirit

The Witch's Book of Self-Care: Magical Ways to Pamper, Soothe, and Care for Your Body and Spirit

Brighter by the Day: Waking Up to New Hopes and Dreams

The Secret Life of Plants: A Fascinating Account of the Physical, Emotional, and Spiritual Relations Between Plants and Man

Green Witchcraft: A Practical Guide to Discovering the Magic of Plants, Herbs, Crystals, and Beyond

Runes: Unlock the Secrets of the Stones

The Crowded Table: The Brave and Beautiful Choice to Mother Many

The Illustrated Herbiary: Guidance and Rituals from 36 Bewitching Botanicals

Born Giving Birth to a New You

Happy Days: The Guided Path from Trauma to Profound Freedom and Inner Peace

Here & Hereafter: How Wisdom from the Departed Can Transform Your Life Now

The Altar Within: A Radical Devotional Guide to Liberate the Divine Self

The Pocket Book of Stones: Who They Are and What They Teach

You Are the Placebo: Making Your Mind Matter

How to Be a Boss B*tch

Crystals: A Little Introduction to Their Powers

The Book of Stones: Who They Are and What They Teach

Modern Tarot: Connecting with Your Higher Self Through the Wisdom of the Cards

The Secret to Love, Health, and Money: A Masterclassvolume 5

Letting Go: The Pathway of Surrender

Good Vibes, Good Life: How Self-Love Is the Key to Unlocking Your Greatness

Moon Bath: Bathing Rituals and Recipes for Relaxation and Vitality

The Presence Process: A Journey Into Present Moment Awareness