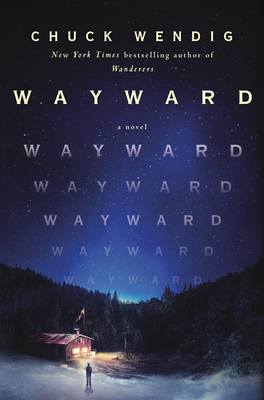 If King had written a sequel to The Stand, it might look something like this monumental epic of a story.--James Rollins, #1 New York Times bestselling author of Kingdom of Bones As great as Wanderers was, Wayward is better.--Christopher Golden, New York Times bestselling author of Road of Bones Five years ago, ordinary Americans fell under the grip of a strange new malady that caused them to sleepwalk across the country to a destination only they knew. They were followed on their quest by the shepherds: friends and family who gave up everything to protect them. Their secret destination: Ouray, a small town in Colorado that would become one of the last outposts of civilization. Because the sleepwalking epidemic was only the first in a chain of events that led to the end of the world--and the birth of a new one. The survivors, sleepwalkers and shepherds alike, have a dream of rebuilding human society. Among them are Benji, the scientist struggling through grief to lead the town; Marcy, the former police officer who wants only to look after the people she loves; and Shana, the teenage girl who became the first shepherd--and an unlikely hero whose courage will be needed again. Because the people of Ouray are not the only survivors, and the world they are building is fragile. The forces of cruelty and brutality are amassing under the leadership of self-proclaimed president Ed Creel. And in the very heart of Ouray, the most powerful survivor of all is plotting its own vision for the new world: Black Swan, the A.I. who imagined the apocalypse. Against these threats, Benji, Marcy, Shana, and the rest have only one hope: one another. Because the only way to survive the end of the world is together.

You Can Do Anything, Magic Skeleton!: Monster Motivations to Move Your Butt and Get You to Do the Thing

The Kick-Ass Writer: 1001 Ways to Write Great Fiction, Get Published & Earn Your Audience

Under the Empyrean Sky

Under the Empyrean Sky

The Raptor & the Wren

The Girl with the Dragon Tattoo