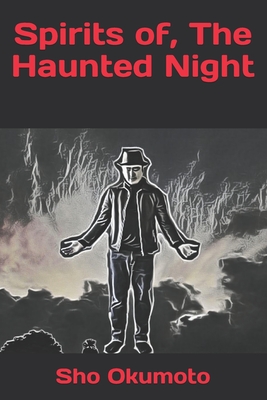 Spirits of, The Haunted Night

It is Halloween again and the local people of Sin Imara call this day, the Haunted Night. A tale, a myth, where evil spirits rise from hell to prey on the weak and to take over a weak person to make them do evil, criminal actions.
Big Al, a detective working for the Metroska City Police, receives a new assignment to investigate an abandoned commercial fishing vessel. It is the Haunted Night, a night where any bad thing can happen and things can easily go wrong.
An investigation, ending up going all wrong, Big Al gets murdered.
A year later, Big Al has been given a taste of life again, reviving from the dead. A long year, the city of Sin Imara has changed, with a new leader who rebuilt the yakuza empire and who took over the city of Sin Imara.
Big Al discovers his wife Shannon, has been raped, beaten, and killed, and his daughter Elizabeth has been kidnapped, a year ago on the Haunted Night, the same night when Big Al got murdered.
This is the chance for Big Al to take action, to seek revenge on the murderers who took away Big Al's wife's life and is on the mission to find his daughter to give her, her life freedom.
Join the journey with Big Al from the night of his murder to the second chapter of his life where he is on the mission to seek revenge on the killers of his wife, who were also involved in the kidnapping of his daughter, and to find his daughter.
At the end of the story, there is a 26-page Photo Comic.

Death and the Conjuror: A Locked-Room Mystery

The Thousand Crimes of Ming Tsu

A Fight for Full Disclosure

Near Dark: A Thriller

All the Secrets of the World

Murder on the Red River

A Rule Against Murder: A Chief Inspector Gamache Novel

The War for Gloria

All the Missing Girls

A Stranger in the House

The Pursuit of William Abbey

The Radiance of the King

The Turn of the Key

The No. 1 Ladies' Detective Agency

A Guide for the Perplexed

Something in the Water

We Know You Remember

Portrait of an Unknown Lady

The Day of the Owl

The Mad and the Bad

How the Light Gets in

The Cabin at the End of the World