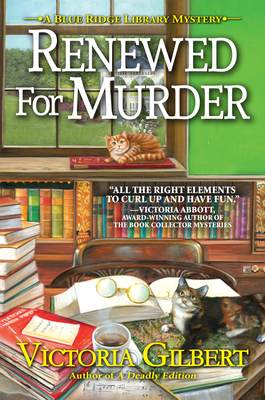 Librarian Amy Webber dances with death in critically acclaimed author Victoria Gilbert's sixth Blue Ridge Library mystery. August in Taylorsford, Virginia finds library director Amy Webber and her new husband, dancer Richard Muir, settling into married life--and a new project. Richard and his dance partner, Karla, are choreographing a suite based on folk music and folk tales, while Amy scours the library's resources to supply background information on the dance's source material. But the mellifluous music comes to a jarring halt when an unknown woman's body turns up in Zelda Shoemaker's backyard gazebo. Chief Deputy Brad Tucker puts Zelda at the top of his suspect list, thanks to a blackmail letter he finds in the dead woman's pocket. Zelda's best friend, Amy's aunt Lydia Talbot, begs Amy to use her research skills to clear Zelda's name. But the task is confounded by Zelda's very out-of-character refusal to reveal why the victim might have blackmailed her. Complicating matters further, Amy unearths records of a long-ago tragedy that casts doubt on Zelda's innocence. She enlists hubby Richard, Aunt Lydia, art dealer Kurt Kendrick, Mayor Sunny Fields, and sundry other quirky townsfolk in a quest to exonerate Zelda. But will revealing the truth end up forcing Zelda to spend the rest of her life behind bars? Meanwhile, the killer is still out there. Amy had better be fleet on her feet, because death is on her dance card, and her number may be up.