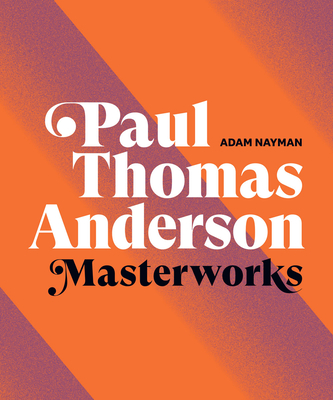 A master class of the masterworks of Paul Thomas Anderson. ―Variety Magazine
Full of lavish photographs from his best-loved films. ―A. Frame Here is a full-color, coffee-table gift book exploring the 30-year creative journey of the eight-time Academy Award-nominated writer and director. Paul Thomas Anderson: Masterworks is a fact-filled treasure-trove for movie fans; it explores Anderson's career, including the critically acclaimed, awarding-winning movies: Anderson has been described as one of American film's modern masters and the foremost filmmaking talent of his generation. His films have received 25 Academy Award nominations, and he has worked closely with many of the most accomplished actors of our time, including Lesley Ann Manville, Julianne Moore, Daniel Day-Lewis, Joaquin Phoenix, and Philip Seymour Hoffman. Film critics and fans are constantly looking forward to what he might create next and discuss the meaning and technical aspects of his movies and most famous scenes. Mark Wahlberg in Boogie Nights, Daniel Day-Lewis in There Will be Blood, and Joaquin Phoenix in The Master are not just memorable movie performances, they are the stuff of Hollywood legend. It also covers his music videos for Radiohead and his early short films. All are examined and illustrated in detail. Anderson's influences; his style; and the recurring themes of alienation, reinvention, ambition, and destiny that course through his movies are analyzed and supplemented by firsthand interviews with his closest collaborators--and illuminated by film stills, archival photos, original illustrations, and an appropriately psychedelic design aesthetic. Paul Thomas Anderson: Masterworks is a tribute to the dreamers, drifters, and evil dentists who populate his world.

Saxophone Colossus: The Life and Music of Sonny Rollins

I Am the Storm: Inspiring Stories of People Who Fight Against Overwhelming Odds

Unscripted: The Epic Battle for a Media Empire and the Redstone Family Legacy

I'll Build a Stairway to Paradise: A Life of Bunny Mellon

The Good Neighbor: The Life and Work of Fred Rogers

Elizabeth Taylor: The Grit and Glamour of an Icon (Large Print Edition)

Boldly Go: Reflections on a Life of Awe and Wonder (Large Print Edition)

The Three of Us: Growing Up with Tammy and George

From the Holocaust to Hogan's Heroes: The Autobiography of Robert Clary

A Front Row Seat: An Intimate Look at Broadway, Hollywood, and the Age of Glamour

Play All Night!: Duane Allman and the Journey to Fillmore East