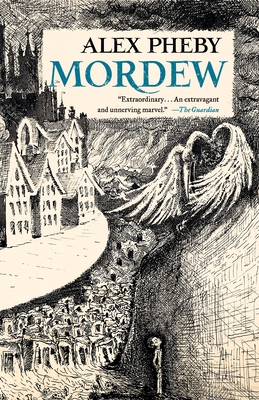 God is dead, his corpse hidden in the catacombs beneath Mordew. In the slums of the sea-battered city, a young boy called Nathan Treeves lives with his parents, eking out a meagre existence by picking treasures from the Living Mud and the half-formed, short-lived creatures it spawns. Until one day his desperate mother sells him to the mysterious Master of Mordew. The Master derives his magical power from feeding on the corpse of God. But Nathan, despite his fear and lowly station, has his own strength--and it is greater than the Master has ever known. Great enough to destroy everything the Master has built. If only Nathan can discover how to use it. So it is that the Master begins to scheme against him--and Nathan has to fight his way through the betrayals, secrets, and vendettas of the city where God was murdered, and darkness reigns. Propulsive, compulsively readable, full of unforgettable characters and a talking dog who wants to be a
philosopher, Mordew is an epic fantasy strange, new, and terrifyingly alive.

The Dark Tower I: The Gunslinger

The Queen of the Tearling

The Light of All That Falls

Burning Girls and Other Stories

The Path of Daggers: Book Eight of 'The Wheel of Time'

The Once and Future King

Edgedancer: From the Stormlight Archive

Sourdough: Or, Lois and Her Adventures in the Underground Market: A Novel

The King of Elfland's Daughter

Castles Made of Sand

All the Horses of Iceland

A Feast for Crows: A Song of Ice and Fire: Book Four