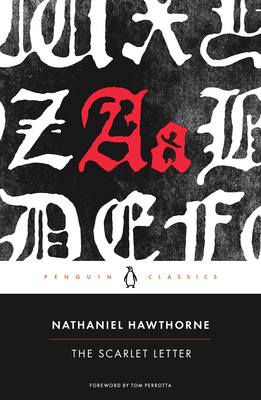 The canonical American masterpiece of sin, guilt, and revenge, in an authoritative new edition from Penguin Classics with a foreword by Tom Perrotta At once retrospective and radically new, The Scarlet Letter portrays seventeenth-century Puritan New England, a time period irreversibly encoded in the American identity. Hawthorne built one of the most incisive and devastating human dramas ever written out of a community and its outcasts: Hester Prynne and Arthur Dimmesdale, whose affair leaves one emblazoned with her sin and the other distraught with hidden guilt; their daughter Pearl, born into ostracism; and Roger Chillingworth, driven to vengeance by hatred. Though these characters face a set of specifically troubling circumstances, their words and actions point to moral truths inherent in human affairs, independent of time and place. The text of this edition, approved by the Center for Scholarly Editions of the Modern Language Association, is the result of an exhaustive examination of Hawthorne's manuscript and other historical records. Robert Milder provides an enlightening new scholarly introduction and bibliography. Tom Perrotta, whose novel The Leftovers--now a hit HBO show--was influenced by Hawthorne's work, provides a thoughtful foreword on how he came to appreciate Hawthorne's masterpiece. For more than sixty-five years, Penguin has been the leading publisher of classic literature in the English-speaking world. With more than 1,500 titles, Penguin Classics represents a global bookshelf of the best works throughout history and across genres and disciplines. Readers trust the series to provide authoritative texts enhanced by introductions and notes by distinguished scholars and contemporary authors, as well as up-to-date translations by award-winning translators.

The Scarlet Letter: The life of the Custom House lies like a dream behind me . . . Soon,

The Scarlet Letter: An historical romance in Puritan Massachusetts Bay Colony during the years 1642 to 1649 about the story of Hester Pryn

The Scarlet Letter: Condensed and Abridged with Symbolic Analysis

The Scarlet Letter: In English and Spanish

The Scarlet Letter: A romance