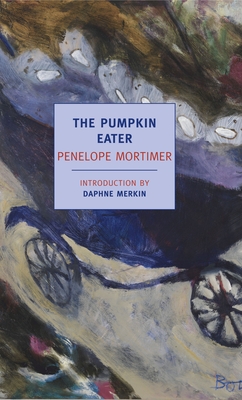 The Pumpkin Eater is a surreal black comedy about the wages of adulthood and the pitfalls of parenthood. A nameless woman speaks, at first from the precarious perch of a therapist's couch, and her smart, wry, confiding, immensely sympathetic voice immediately captures and holds our attention. She is the mother of a vast, swelling brood of children, also nameless, and the wife of a successful screenwriter, Jake Armitage. The Armitages live in the city, but they are building a great glass tower in the country in which to settle down and live happily ever after. But could that dream be nothing more than a sentimental delusion? At the edges of vision the spectral children come and go, while our heroine, alert to the countless gradations of depression and the innumerable forms of betrayal, tries to make sense of it all: doctors, husbands, movie stars, bodies, grocery lists, nursery rhymes, messes, aging parents, memories, dreams, and breakdowns. How to pull it all together? Perhaps you start by falling apart.

Balcony in the Forest