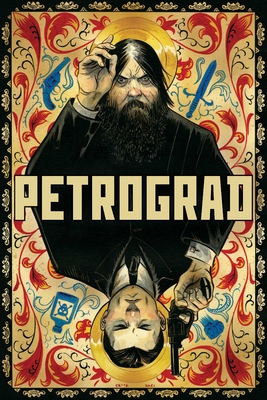 Now in paperback and featuring a new introduction from Dr. David Stone, a historian of Russian history, Petrograd tells the untold tale of the international conspiracy behind the 1916 murder of Grigori Rasputin. The year is 1916. The fate of millions of people hangs in the balance, and in Russia's capital city of Petrograd, corruption rules the day and conspiracy rules the night. But to British intelligence officer Cleary, the Petrograd post is all about relationships and carousing. He drinks and parties with the rich and powerful; he flirts and cavorts with workers and countrymen. His life is all late, drunken nights, bleary-eyed mornings, and the occasional report back to London. However, the city is like a tinder box ready to be set ablaze, and there are dark clouds on the horizon for Cleary. Rumors circulate that the Tsarina's most trusted advisor is counseling the Tsar to make peace with Germany. Cleary, to his horror, is tasked with ending the influence of that advisor. A man famous for his acts of debauchery; for his heresy and his power: Gregori Rasputin. And so, the stage is set for one of the most infamous and strangest assassinations of all time, and a world that would never be the same. Acclaimed writer and director Philip Gelatt (Europa Report, They Remain) and renowned artist Tyler Crook (B.P.R.D., Harrow County)'s debut comic is back in print, featuring a new cover and introduction from established historian David R. Stone.

The Art of Amc's the Walking Dead Universe

H.P. Lovecraft's at the Mountains of Madness Volume 1 (Manga)

The Girl with the Sanpaku Eyes, Volume 1

The Indispensable Calvin and Hobbes, 11

Something Is Killing the Children Vol. 2

Parasite: A Graphic Novel in Storyboards

Avatar: The Last Airbender--Katara and the Pirate's Silver

The Far Side Gallery, 4