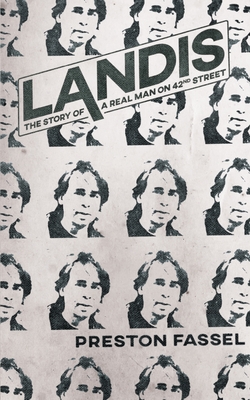 At the dawn of the 1980s, there was one serious name in horror and exploitation film criticism: Bill Landis. While other magazines were concerned with behind-the-scenes information, tributes, and SFX tutorials, Landis' Sleazoid Express was one part film journal and one part anthropological study, seriously critiquing the grindhouse movies that played the theaters of 42nd Street while also documenting the dying subculture that had grown up around them. Profiled in Film Comment and Rolling Stone for his pioneering work, Landis' over-the-top Mr. Sleazoid persona and double-life as an adult film star masked the pain behind the excess: a child genius whose intellect alienated him from his peers; a sexual abuse survivor who numbed his trauma with drugs; a consummate outcast who only felt at home among other outcasts. After settling into life as a husband, father, and author in the 90s, it seemed that Landis had turned a corner-but the ghosts of Times Square were never far behind him.

Dead at the age of 49 on the eve of what should have been a successful comeback, his legacy has nominally been forgotten, most of his work lost, and his memory relegated to a footnote in journalism history. Now, award-winning author and journalist Preston Fassel (Our Lady of the Inferno; Fangoria magazine; The Daily Grindhouse) pieces together the full story of his life for the first time, from his turbulent childhood, to his meteoric rise in the New York vice scene, to his tragic demise on the streets of Chicago.

In that lost, damned, golden age called the 80s, there was a movie star named Bobby Spector and a writer named Mr. Sleazoid. Most importantly, there was a man named Bill Landis. This is his story.

Our Lady of the Inferno

Our Lady of the Inferno

The Despicable Fantasies of Quentin Sergenov