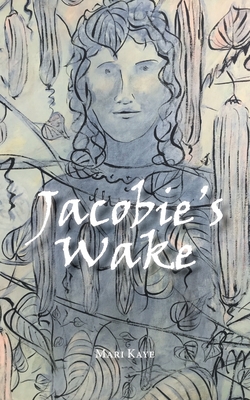 Ken Jacobie's wartime assignment was to become his opportunity of a lifetime, but where opportunity inevitably led to reckoning.

This is a riveting fictional novel rooted in WW2 history and subsequent East-West Cold War intrigue and rivalry.

The protagonist is recently married Ken Jacobie, an RAF sergeant with a beautiful but still-young wife, now with an infant son. He is about to be posted to Normandy, France, a week after D-day. Assigned to him are his young commonwealth crew of some 18 young technicians. They are tasked with salvaging downed allied fighter aircraft.

Wars are complex affairs well suited to Jacobie's leadership skills and complex character. They not only confront soldiers with life and death and unexpected challenging events, but also disrupt life, profoundly affecting the soldiers and their families alike.

Those contrasting human stories of sudden extended separation, emotional vacuum and a life of 'making do', both at the home-front and on foreign soil, are often left untold.

In this balancing act Maggie, Ken's wife, is seen as heroic, both as a good mother and a resourceful provider and in finding her stride in difficult times.

Ken Jacobie, surrounded by wartime devastation and opportunity in foreign lands, becomes preoccupied with both its challenges and its temptations. Thoughts of domestic life become only a distant memory. Opportunity has become the essence of Ken Jacobie's wartime zeitgeist, leaving loved ones as collateral damage in his wake.

The Lost Battles: Leonardo, Michelangelo, and the Artistic Duel That Defined the Renaissance

Mirror of the Marvelous: The Surrealist Reimagining of Myth

The Secret Lives of Color

Pattern and Flow: A Golden Age of American Decorated Paper, 1960s to 2000s

Paint by Sticker Masterpieces: Re-Create 12 Iconic Artworks One Sticker at a Time!

The Anatomy of Viking Art: A Quick Guide to the Styles of Norse Animal Ornament

The 12-Hour Art Expert: Everything You Need to Know about Art in a Dozen Masterpieces

Tutankhamun's Trumpet: Ancient Egypt in 100 Objects from the Boy-King's Tomb

Affinities: A Journey Through Images from the Public Domain Review

Magic Eye: A New Way of Looking at the World: Volume 1

A Little History of Art

The Story of Art Without Men

Young Bloomsbury: The Generation That Redefined Love, Freedom, and Self-Expression in 1920s England

Art on My Mind: Visual Politics

Rembrandt Is in the Wind: Learning to Love Art Through the Eyes of Faith

Fragile Cargo: The World War II Race to Save the Treasures of China's Forbidden City

Catholica: The Visual Culture of Catholicism

The Fantasy of the Middle Ages: An Epic Journey Through Imaginary Medieval Worlds

Femina: A New History of the Middle Ages, Through the Women Written Out of It

What the Ermine Saw: The Extraordinary Journey of Leonardo Da Vinci's Most Mysterious Portrait

Graffiti Alphabets: Street Fonts from Around the World

Art of the Andes: From Chavín to Inca

Lapidarium: The Secret Lives of Stones

The Bible of Illuminated Letters: A Treasury of Decorative Calligraphy

Hildegard Von Bingen: In the Heart of God

Art Hiding in New York: An Illustrated Guide to the City's Secret Masterpieces

The Faces of Margraten: They Will Remain Forever Young

Twelve Caesars: Images of Power from the Ancient World to the Modern

Folklore and Symbolism of Flowers, Plants and Trees

The Annotated Mona Lisa, Third Edition: A Crash Course in Art History from Prehistoric to the Present

Art Hiding in Paris: An Illustrated Guide to the Secret Masterpieces of the City of Light

For the Minds and Wills of Men

The World Atlas of Street Art and Graffiti

Vasily Kandinsky: Around the Circle

The Art of Feminism, Revised Edition

Art That Changed the World: Transformative Art Movements and the Paintings That Inspired Them

Modern Art. a History from Impressionism to Today

Jo Van Gogh-Bonger: The Woman Who Made Vincent Famous

The Cultural Cold War: The CIA and the World of Arts and Letters

White: The History of a Color

I Paint What I Want to See

What Is African Art?: A Short History

Inclusions: Aesthetics of the Capitalocene