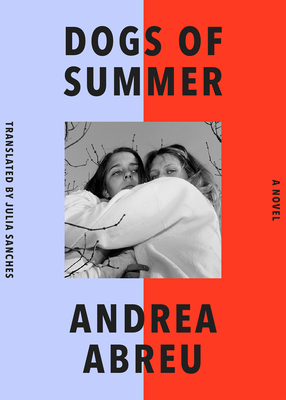 Read this coming-of-age story for its unsparing language and vivid sense of place.
--The New York Times My Brilliant Friend meets Blue is the Warmest Color in this lyrical debut novel set in a working-class neighborhood of the Canary Islands--a story about two girls coming of age in the early aughts and a friendship that simmers into erotic desire over the course of one hot summer. High near the volcano of northern Tenerife, an endless ceiling of cloud cover traps the working class in an abject, oppressive heat. Far away from the island's posh resorts, two girls dream of hitching a ride down to the beach and escaping their horizonless town. It's summer, 2005, and our ten-year-old narrator is consumed by thoughts of her best friend Isora. Isora is rude and bossy, but she's also vivacious and brave; grownups prefer her, and boys do, too. That's why sometimes she gets jealous of Isora, who already has hair on her vagina and soft, round breasts. But she's definitely not jealous that Isora's mother is dead, nor that Isora's fat, foul-mouthed grandmother has her on a diet, so that she is constantly sticking her fingers down her throat. Besides, she would do anything for Isora: gorge herself on cakes when her friend wants to watch, follow her to the bathroom when she takes a shit, log into chat rooms to swap dirty instant messages with strangers. But increasingly, our narrator finds it hard to keep up with Isora, who seems to be growing up at full tilt without her--and as her submissiveness veers into a painful sexual awakening, desire grows indistinguishable from intimate violence. Braiding prose poetry with bachata lyrics and the gritty humor of Canary dialect, Dogs of Summer is a story of exquisite yearning, a brutal picture of girlhood and a love song written for the vital community it portrays.

The Keepers of Metsan Valo

The Books of Jacob

The Story of a New Name: A Novel (Neapolitan Novels, 2)

The Complete Fairy Tales and Stories

Strange Case of Dr. Jekyll and Mr. Hyde & Other Stories