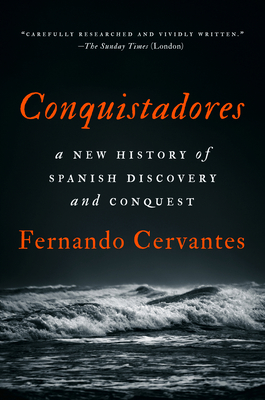 A sweeping, authoritative history of 16th-century Spain and its legendary conquistadors, whose ambitious and morally contradictory campaigns propelled a small European kingdom to become one of the formidable empires in the world The depth of research in this book is astonishing, but even more impressive is the analytical skill Cervantes applies. . . . [He] conveys complex arguments in delightfully simple language, and most importantly knows how to tell a good story. --The Times (London) Over the few short decades that followed Christopher Columbus's first landing in the Caribbean in 1492, Spain conquered the two most formidable civilizations of the Americas: the Aztecs of Mexico and the Incas of Peru. Hernán Cortés, Francisco Pizarro, and the other explorers and soldiers that took part in these expeditions dedicated their lives to seeking political and religious glory, helping to build an empire unlike any the world had ever seen. But centuries later, these conquistadors have become the stuff of nightmares. In their own time, they were glorified as heroic adventurers, spreading Christian culture and helping to build an empire unlike any the world had ever seen. Today, they stand condemned for their cruelty and exploitation as men who decimated ancient civilizations and carried out horrific atrocities in their pursuit of gold and glory. In Conquistadores, acclaimed Mexican historian Fernando Cervantes--himself a descendent of one of the conquistadors--cuts through the layers of myth and fiction to help us better understand the context that gave rise to the conquistadors' actions. Drawing upon previously untapped primary sources that include diaries, letters, chronicles, and polemical treatises, Cervantes immerses us in the late-medieval, imperialist, religious world of 16th-century Spain, a world as unfamiliar to us as the Indigenous peoples of the New World were to the conquistadors themselves. His thought-provoking, illuminating account reframes the story of the Spanish conquest of the New World and the half-century that irrevocably altered the course of history.