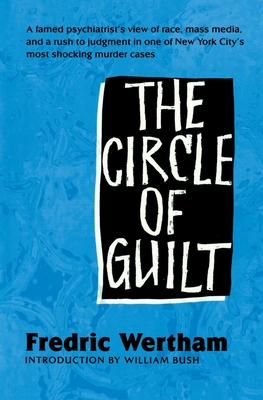 In 1955 a New York City court sentenced Puerto Rican immigrant and teenage gang member Frank Santana to twenty-five years to life for second-degree murder. Fredric Wertham (1895-1981), one of the most influential authorities on child psychology in the twentieth century, was outraged and felt compelled to write The Circle of Guilt. He had conducted multiple interviews with Santana and created an extensive psychological profile on him. Wertham saw unsettling patterns in the ways in which the case was reported, investigated, and deliberated. Media portrayed the victim, a white teenager named Bill Blankenship, as a model boy and reported the killing as unprovoked. In the furor surrounding the case, Santana was often called a hoodlum. Wertham suspected otherwise. In The Circle of Guilt, the psychiatrist uncovers a paradigm of fear, racism, distrust, and prejudice. He argues that the press's presentation of the case reflected extreme cultural bigotry. Wertham also reveals Blankenship's activity within teen gangs and asserts that Santana's actions were shaped in part by his unmediated exposure to mass media. This reprinted edition includes a new introduction by history professor William Bush that places both the crime and Wertham's work into cultural and historical context. Bush argues that much of what Wertham decries in mass media and its impact on justice and race applies equally today.