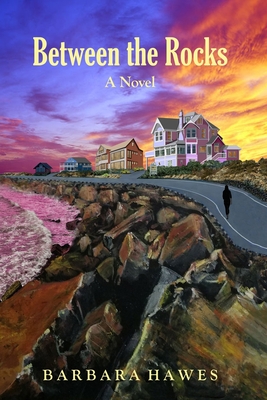 Leena Frazer lives with her husband and two children and runs a bed and breakfast on the Rhode Island coastline. One morning after a jog, she finds Jackie, a young woman close to death from a suicide attempt, lying near the water between the rocks. It was unlikely anyone would have found her, and Leena saves Jackie's life, takes her in, giving her a job and a place to live. At the same time, Leena, who is slowly realizing that her marriage has been deteriorating for a long time, permits herself to go out on a limb. She looks up Michael, her first true love from high school, now a musician who fronts a cover band and is also married. Their reunion reignites long-buried passion, and although Leena is falling deeply in love, she also finds herself at odds with who she thought she was. Jackie, ever-present, and sometimes underfoot, brings more trouble to the inn much to the chagrin of Leena's husband, Bruce, and falls in love with a musician. The irony is that Jackie's estranged mother and Leena both took up with musicians, which ultimately broke up the family unit - a fact that sends Jackie reeling because she sees Leena as her mother-figure.Eventually, Leena and Jackie find themselves at a crossroads, as both women risk losing everything due to their actions. Ultimately, a strong bond forms between the two women. They support one another as they navigate their changing lives while experiencing the highs of passionate love, crushing disappointment, and finally, strength and rebirth on that rocky coastline. Between the Rocks is inspiring, riveting, and an absolute must-read for anyone who has loved and lost.