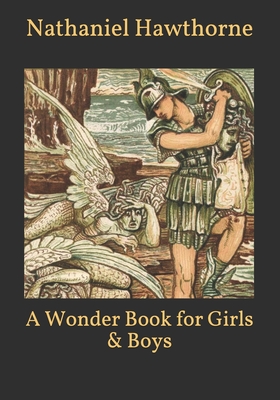 ENEATH the porch of the country-seat called Tanglewood, one fine autumnal morning, wasassembled a merry party of little folks, with a tall youth in the midst of them. They had planned anutting expedition, and were impatiently waiting for the mists to roll up the hill-slopes, and for thesun to pour the warmth of the Indian summer over the fields and pastures, and into the nooks ofthe many-colored woods. There was a prospect of as fine a day as ever gladdened the aspect of thisbeautiful and comfortable world. As yet, however, the morning mist filled up the whole length andbreadth of the valley, above which, on a gently sloping eminence, the mansion stood.This body of white vapor extended to within less than a hundred yards of the house. It completelyhid everything beyond that distance, except a few ruddy or yellow tree-tops, which here and thereemerged, and were glorified by the early sunshine, as was likewise the broad surface of the mist.Four or five miles off to the southward rose the summit of Monument Mountain, and seemed to befloating on a cloud. Some fifteen miles farther away, in the same direction, appeared the loftierDome of Taconic, looking blue and indistinct, and hardly so substantial as the vapory sea thatalmost rolled over it. The nearer hills, which bordered the valley, were half submerged, and werespecked with little cloud-wreaths all the way to their tops. On the whole, there was so much cloud, and so little solid earth, that it had the effect of a vision

Remembrance of Things Past (3 volume set)

Inadvertant (Why I Write)