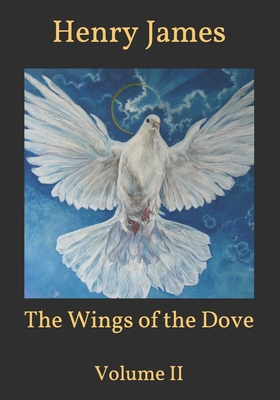 The Wings of the Dove: Volume II

It was extraordinary enough that he should actually be finding himself, when Thursday arrived, noneso wide of the mark. Kate hadn't come all the way to this for him, but she had come to a good dealby the end of a quarter of an hour. What she had begun with was her surprise at her appearing tohave left him on Tuesday anything more to understand. The parts, as he now saw, under her hand, did fall more or less together, and it wasn't even as if she had spent the interval in twisting andfitting them. She was bright and handsome, not fagged and worn, with the general clearness; for itcertainly stuck out enough that if the American ladies themselves weren't to be squared, which wasabsurd, they fairly imposed the necessity of trying Aunt Maud again. One couldn't say to them, kindas she had been to them: We'll meet, please, whenever you'll let us, at your house; but we count onyou to help us to keep it secret. They must in other terms inevitably speak to Aunt Maud-it wouldbe of the last awkwardness to ask them not to: Kate had embraced all this in her choice of speakingfirst. What Kate embraced altogether was indeed wonderful to-day for Densher, though he perhapsstruck himself rather as getting it out of her piece by piece than as receiving it in a steady light. Hehad always felt, however, that the more he asked of her the more he found her prepared, as heimaged it, to hand out. He had said to her more than once even before his absence: You keep thekey of the cupboard, and I foresee that when we're married you'll dole me out my sugar by lumps.She had replied that she rejoiced in his assumption that sugar would be his diet, and the domesticarrangement so prefigured might have seemed already to prevail. The supply from the cupboard atthis hour was doubtless, of a truth, not altogether cloyingly sweet; but it met in a manner hisimmediate requirements. If her explanations at any rate prompted questions the questions no moreexhausted them than they exhausted her patience. And they were naturally, of the series, the simpler;as for instance in his taking it from her that Miss Theale then could do nothing for them. He franklybrought out what he had ventured to think possible. If we can't meet here and we've reallyexhausted the charms of the open air and the crowd, some such little raft in the wreck, someoccasional opportunity like that of Tuesday, has been present to me these two days as better thannothing. But if our friends are so accountable to this house of course there's no more to be said.And it's one more nail, thank God, in the coffin of our odious delay. He was but too glad withoutmore ado to point the moral. Now I hope you see we can't work it anyhow.

Love on the Brain

Love in the Time of Serial Killers

A Million Kisses in Your Lifetime