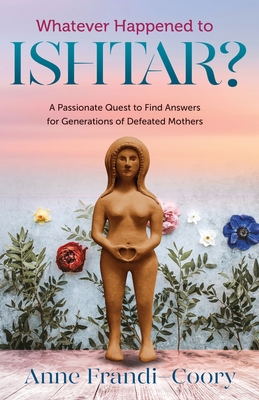 Whatever Happened To Ishtar?: A Passionate Quest To Find Answers For Generations Of Defeated Mothers

This is a raw and powerful memoir/family history by author Anne Frandi-Coory. She spent 15 years travelling, researching her family tree, interviewing extended family members, haunting libraries and museums. Some of what Anne discovers is devastating, but mostly she is proud of the cultures and heritage of her ancestors. Anne believes that the Catholic Church's Dogma with its divine elevation of the 'Virgin Mary Mother of God', changed the image and value of the female across the world. Gone forever were the powerful, pagan goddesses. Instead we humans were left with the Roman Catholic black and white dichotomy of whore/virgin. Anne Frandi-Coory was born into a Lebanese Maronite migrant family in Dunedin, New Zealand. Prior to Anne's birth, her Lebanese father, Joseph, married Anne's Italian mother who'd already given birth to a son whose father was Joseph's younger brother, Phillip. Unfortunately, Phillip was already married with another son! From the time of her birth, Anne is caught up in a vortex of hatred, neglect, physical and sexual abuse. At only ten months old, she is separated from her parents when she is placed in a Catholic orphanage for the poor run by the Sisters Of Mercy. 'Whatever Happened to Ishtar?: A Passionate Quest To Find Answers For Generations Of Defeated Mothers' is made up of two books: In Book I, Anne traces her Lebanese family history back through the mists of time to various places in the Middle East, including Iraq in 14th Century, then on to Bcharre, from where her paternal grandparents Eva and Jacob Fahkrey (Coory) emigrate to Melbourne in 1897 and from there on to Dunedin, New Zealand. Kahlil Gibran came from the same village as Eva and Jacob and was related to them through marriage. In Book II, Anne traces her mother's Italian family back decades to such places as southern Italy, Sicily, Pistoia, Lucca, Pisa, Florence, and northern Italy's border with Switzerland. She documents meticulously her own mother's descent into severe bipolar disorder and the way it impacted on the lives of her children and grandchildren. Anne's research into her mother's, grandmothers' and great-grandmothers' lives reveal their extreme hardships largely brought about by giving birth to too many children, xenophobia, and abusive husbands. *21 Black and white photos in the book *Extensive Lebanese and Italian family trees *Author has woven some of her favourite poems into chapters; each poem relevant and poignant ... Wendy O'Hanlon of Click? - A Cultural Connection writes: ISHTAR, according to Phoenician legend, is the great mother goddess. But author Anne Frandi-Coory grew up without close contact with her mother. In this painful re-telling of her family history, the author explores how generations of her family have lived thwarted, sad and unfulfilled lives because of a cruel twist of fate and even crueller family behaviours. John Morrow's Pick Of The Week: There are not many happy childhood memories when Anne recalls her earlier life in Dunedin. Anne spent her formative years at the Orphanage for the Poor. There she was indoctrinated into the world of the Roman Catholic religion. Prayers, bible study and chores were not the practical things that would prepare a damaged young girl for life out in the wide world.

Whatever Happened To Ishtar?: A Passionate Quest To Find Answers For Generations Of Defeated Mothers