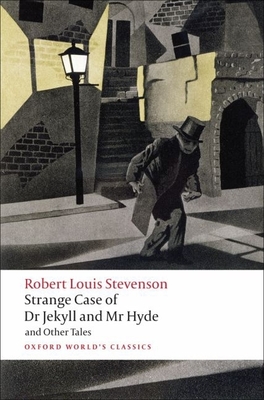 Robert Louis Stevenson's short novel, Dr. Jekyll and Mr. Hyde, first published in 1886, became an instant classic, a Gothic horror originating in a feverish nightmare whose hallucinatory setting in the back streets of London gripped a nation mesmerized by crime and violence. Its revelatory ending is one of the most original and thrilling in English Literature. This new edition of Stevenson's most famous work includes three additional short stories, two short essays, and extracts from contemporary writing on psychological disorders. The introduction considers the reasons for the book's popularity, the double, and psychoanalytic interpretations, as well as crime, sex, class, and urbanism in the 1880s. Appendixes provide contextual historical material by Henry Maudsley, Frederic Myers, and W.T. Stead. This edition also provides an up-to-date bibliography and full notes, including details of the initial responses of Stevenson's contemporaries, such as John Addington Symonds, Gerard Manley Hopkins and Rider Haggard.
About the Series: For over 100 years Oxford World's Classics has made available the broadest spectrum of literature from around the globe. Each affordable volume reflects Oxford's commitment to scholarship, providing the most accurate text plus a wealth of other valuable features, including expert introductions by leading authorities, voluminous notes to clarify the text, up-to-date bibliographies for further study, and much more.

Heart Is a Lonely Hunter