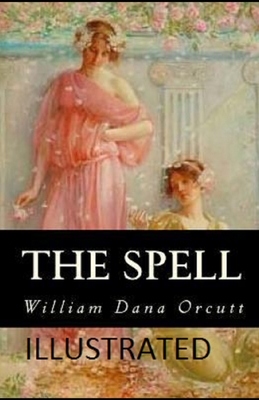 A romance set in Italy involving a love triangle of Helen, Inez, and Jack, tangled up in a spell of dual personalities, in the present and in the past. Excerpts: ... SLOWLY THE SPELL BEGAN TO WORK UPON INEZ' BRAIN. SHE WAS NO LONGER IN THE PRESENT-SHE WAS A WOMAN OF ITALY OF FOUR CENTURIES BACK. ... It has actually happened at last, the letter began, and your favorite wager of 'a thousand to one on the unexpected' has really won. In other words, I, Helen Cartwright, condemned (by myself) to live and die an old maid as penalty for being so critical of the genus homo, now confess myself completely, hopelessly in love, and so happy in my new estate that I wonder why I ever hesitated. ... Helen, dear, she [Inez] said, here in the presence of Mr. Cartwright and Monsignor Cerini I ask your permission to keep in my heart the image of the man I learned to love while we both were beneath the spell. That man no longer exists in the flesh, but I still worship his memory. He can never exist again except as a part of an experience which could never be repeated. Is this asking too much, dear? What does it all mean? cried Helen, gazing at her helplessly-what does it all mean? It means that there have been two Jacks, Helen-one of whom became transformed for a time into a veritable master-spirit of the past. To this man, I admit, I gave a devotion which I shall never-could never-give to any other; but he died, Helen, when the spell broke against that wall at the foot of the hill of Settignano. This man, even during his existence, gave me no devotion in return, and knew not the passion which he inspired in me. He had no heart, but it was not his heart I worshipped. To me his mind-broad, comprehensive, and understanding-stood for all that life could give. The other Jack-the man you married-has never wavered in the love he gave you from the first. He has suffered from the influence of the second personality in that he was forced into the background by the greater strength of this sub-conscious self; but he has also gained from its influence in the development which we all have seen. My Jack is dead, but yours still lives. He needs you, and he longs for the return to him of the wife he has always loved.

The Sellout: WINNER OF THE MAN BOOKER PRIZE 2016