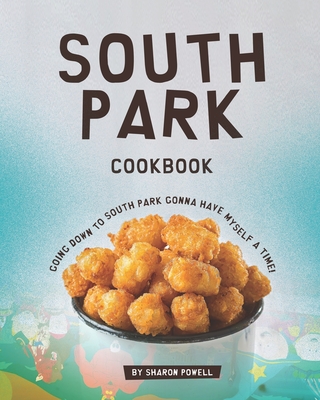 If you are unaware of Eric Cartman's shenanigans, then you are missing out on something big. Complete with adult themes, cringeworthy plots, and strange encounters, South Park is easily one of the most unique animated shows out there. Just a friendly reminder that this show is not for kids! Stan Marsh, Kyle Broflovski, Kenny McCormick, and Eric Cartman are four best friends who live in the fictional town of South Park. Their everyday lives are full of weird incidents like being kidnapped by aliens and discussing Star Wars with presidents. If you have been following the series, you might have noticed that food plays an important role in the show. Cartman is a foodie and loves to stuff his face with junk food. From pizzas to tacos to ice cream, he eats quite a lot of food on the show. He goes on to become a popular reviewer on Yelp and misuses his position by threatening to lower restaurant ratings if they do not cater to his whims and fancies. Well, that's Cartman for you and is the least evil thing that he does on the show. Then there is Stan's dad Randy Marsh, an expert home cook, who puts Chef Jerome McElroy to shame with his cooking skills. If you plan to host a South Park themed party and surprise guests, then you have come to the right place! This book puts together 30 recipes that are a part of the animated show and sure to make you chuckle as you read the storyline of each recipe. Your guests will have a great time trying out the food and reliving some of the most hilarious incidents from the show!

The Christmas Movie Cookbook: Recipes from Your Favorite Holiday Films

Baking for the Holidays: 50+ Treats for a Festive Season

Taste of Home Fall Baking: The Breads, Pies, Cakes and Cookies That Make Autumn the Most Delicious Time of Year

Christmas at the Palace: A Cookbook: 50+ Festive Holiday Recipes

Jarcuterie: Elevate Your Appetizers and Snacks with Grazing Cups for Holidays, Special Occasions, and Just for Fun

The Easy Christmas Cookie Cookbook: 60+ Recipes to Bake for the Holidays

Kitchen Party: Effortless Recipes for Every Occasion: A Cookbook

Martha Stewart's Cookie Perfection: 100+ Recipes to Take Your Sweet Treats to the Next Level: A Baking Book

Jamie Oliver's Christmas Cookbook: For the Best Christmas Ever

The Unofficial Halloween Cookbook for Harry Potter Fans: Inspired Recipes for the Spookiest of Holidays

Let's Get Fizzical: More Than 50 Bubbly Cocktail Recipes with Prosecco, Champagne, and Other Sparkli

Wanda E. Brunstetter's Amish Friends Farmhouse Favorites Cookbook: A Collection of Over 200 Recipes for Simple and Hearty Meals, Including Advice and

The Christmas Cookie Cookbook: Over 100 Recipes to Celebrate the Season

Yule: A Celebration of Light and Warmth

The Artisanal Kitchen: Gluten-Free Holiday Cookies: More Than 30 Recipes to Sweeten the Season

An Old-Fashioned Christmas: Sweet Traditions for Hearth and Home

Thanksgiving: How to Cook It Well: A Cookbook

Christmas at Highclere: Recipes and Traditions from the Real Downton Abbey

The Kitchen Witch: Seasonal Recipes, Lotions, and Potions for Every Pagan Festival

Vegan Christmas: Over 70 Amazing Recipes for the Festive Season

Taste of Home Christmas 2e: 350 Recipes, Crafts, & Ideas for Your Most Magical Holiday Yet!

Editors at Taste of Home

Christmas Cheese Board: Gift for Christmas

Eat Something: A Wise Sons Cookbook for Jews Who Like Food and Food Lovers Who Like Jews

The Peanuts Holiday Cookbook: Sweet Treats for Favorite Occasions All Year Round

Gather at Home: Over 100 Simple Recipes, Diys, and Inspiration for a Year of Occasions

The German-Jewish Cookbook: Recipes and History of a Cuisine

The Wicked Baker: Cakes and Treats to Die for

Fine Cooking Thanksgiving Cookbook: Recipes for Turkey and All the Trimmings

Just Roll with It; Recipes for Easy Embossed Cookies

Sweet Deliveries: Over 50 Cakes and Sweet Treats to Post

Buvette: The Pleasure of Good Food

Lost Recipes The Unofficial Hobbit and Lord of the Rings Cookbook

Taste of Home Celebrations: 500+ Recipes and Tips to Put Your Holidays and Parties Over the Top

Swedish Christmas Traditions: A Smörgåsbord of Scandinavian Recipes, Crafts, and Other Holiday Delights

Baking on Her Own: Best baking recipes for Bread ever

Halloween Cocktails: 60+ Delicious Cocktail for Parties Recipes for Everyone Book

The Artisanal Kitchen: Baking for Breakfast: 33 Muffin, Biscuit, Egg, and Other Sweet and Savory Dishes for a Special Morning Meal

Celebrate Every Season with Six Sisters' Stuff: 150+ Recipes, Traditions, and Fun Ideas for Each Month of the Year

Christmas with Kim-Joy: A Festive Collection of Edible Cuteness

BoJack Horseman Cookbook: Quit Horsing Around in the Kitchen!

Fraiche Food, Full Hearts: A Collection of Recipes for Every Day and Casual Celebrations: A Cookbook

How to Celebrate Everything: Recipes and Rituals for Birthdays, Holidays, Family Dinners, and Every Day in Between: A Cookbook

Baking Favorites: 100+ Sweet and Savory Recipes from Our Test Kitchen

Stuffed with Turkey: Turkey Recipes That's Worth Your Time and Effort

Tiny Book of Christmas Joy: Recipes & Inspiration for the Holidays

The Gourmet Cuisine of Narnia: A Cookbook with Magnificent Recipes from Narnia

Paula Deen Celebrates!: Best Dishes and Best Wishes for the Best Times of Your Life

The Ultimate Scottish Cookbook: Recipes as Fierce as a Scottish Clan

The Exclusive Blue Bloods Cookbook: All the Best Recipes from the Reagans

The Big Bang Theory Cookbook: Not So Gastronomically Redundant Cookbook

Wanda E. Brunstetter's Amish Friends Healthy Options Cookbook: Health Begins in the Kitchen with Over 200 Recipes, Tips, and Remedies from the Amish

Pies Are Awesome: The Definitive Pie Art Book: Step-By-Step Designs for All Occasions

Lost Recipes The Unofficial Hobbit and Lord of the Rings Cookbook

Libri MË I MË I Mire I Gatimeve Me Gummy Shtëpi