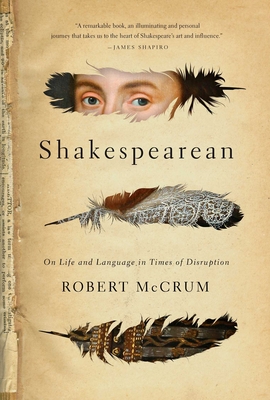 * A Washington Post Best Book of the Year * A remarkable book that takes us to the heart of Shakespeare's art and influence.--James Shapiro When Robert McCrum began his recovery from a life-changing stroke, he discovered that the only words that made sense to him were snatches of Shakespeare. Unable to travel or move as he used to, the First Folio became his book of life--an endless source of inspiration through which he could embark on journeys of the mind and see a reflection of our own disrupted times. An acclaimed writer and journalist, McCrum has spent the last twenty-five years immersed in Shakespeare's work, on stage and on the page. During this prolonged exploration, Shakespeare's poetry and plays, so vivid and contemporary, have become his guide and consolation. In Shakespearean he asks: why is it that we always return to Shakespeare, particularly in times of acute crisis and dislocation? What is the key to his hold on our imagination? And why do the collected works of an Elizabethan writer continue to speak to us as if they were written yesterday? Shakespearean is a rich, brilliant and superbly drawn portrait of an extraordinary artist, one of the greatest writers who ever lived. Through an enthralling narrative, ranging widely in time and space, McCrum seeks to understand Shakespeare within his historical context while also exploring the secrets of literary inspiration, and examining the nature of creativity itself. Witty and insightful, he makes a passionate and deeply personal case that Shakespeare's words and ideas are not just enduring in their relevance - they are nothing less than the eternal key to our shared humanity.