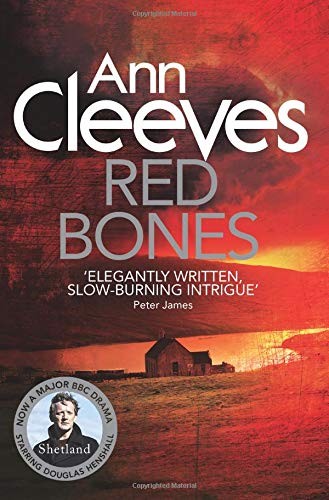 An island shrouded in mist and a community with secrets buried in the past . . .

When a young archaeologist studying on a site at Whalsay discovers a set of human remains, the island settlers are intrigued. Is it an ancient find - or a more contemporary mystery?

Then an elderly woman is shot in a tragic accident in the middle of the night. Shetland detective Jimmy Perez is called in by her grandson - his own colleague, Sandy Wilson.

The sparse landscape and the emptiness of the sea have bred a fierce and secretive people. Mima Wilson was a recluse. She had her land, her pride and her family. As Jimmy looks to the islanders for answers, he finds instead two feuding families whose envy, greed and bitterness have lasted generations.

Surrounded by people he doesn't know and in unfamiliar territory, Jimmy finds himself out of his depth. Then there's another death and, as the spring weather shrouds the island in claustrophobic mists, Jimmy must dig up old secrets to stop a new killer from striking again . . .