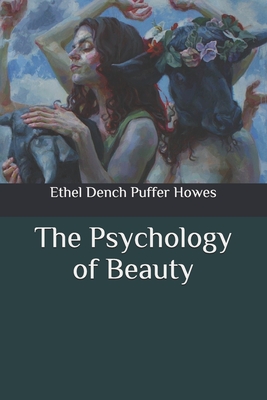 IT is not so long ago that the field of literary criticism was divided into two opposing camps. France being the only country in the world where criticism is a serious matter, the battle waged most fiercely there, and doubtless greatly served to bring about the present general interest and understanding of the theoretical questions at issue. The combatants were, of course, the impressionistic and scientific schools of criticism, and particularly enlightening were the more or less recent controversies between MM. Anatole France and Jules Lemaitre as representatives of the first, and M. Brunetiere as the chief exponent of the second. They have planted their standards; and we see that they stand for tendencies in the critical activity of every nation. The ideal of the impressionist is to bring a new piece of literature into being in some exquisitely happy characterization, - to create a lyric of criticism out of the unique pleasure of an aesthetic hour. The stronghold of the scientist, on the other hand, is the doctrine of literary evolution, and his aim is to show the history of literature as the history of a process, and the work of literature as a product; to explain it from its preceding causes, and to detect thereby the general laws of literary metamorphosis.Such are the two great lines of modern criticism; their purposes and ideals stand diametrically opposed. Of late, however, there have not been wanting signs of a spirit of reconciliation, and of a tendency to concede the value, each in its own sphere, of different but complementary activities. Now and again the lion and the lamb have lain down together; one might almost say, on reading a delightful paper of Mr. Lewis E. Gates on Impressionism and Appreciation, that the lamb had assimilated the lion. For the heir of all literary studies, according to Professor Gates, is the appreciative critic; and he it is who shall fulfill the true function of criticism. He is to consider the work of art in its historical setting and its psychological origin, as a characteristic moment in the development of human spirit, and as a delicately transparent illustration of aesthetic law. But, in regarding the work of art under all these aspects, his aim is, primarily, not to explain, and not to judge or dogmatize, but to enjoy; to realize the manifold charms the work of art has gathered unto itself from all sources, and to interpret this charm imaginatively to the men of his own day and generation.Thus it would seem that if the report of his personal reactions to a work of literary art is the intention of the impressionist, and its explanation that of the scientist, the purpose of the appreciative critic is fairly named as the illuminating and interpreting reproduction of that work, from material furnished by those other forms of critical activity. Must, then, the method of appreciation, as combining and reconciling the two opposed views, forthwith claim our adherence? To put to use all the devices of science and all the treasures of scholarship for the single end of imaginative interpretation, for the sake of giving with the original melody all the harmonies of subtle association and profound meaning the ages have added, is, indeed, a great undertaking. But is it as valuable as it is vast

The Psychology of Beauty: Large Print

A Book That Takes Its Time: An Unhurried Adventure in Creative Mindfulness

What It's Like to Be a Bird: From Flying to Nesting, Eating to Singing--What Birds Are Doing, and Why

Drawing Nature for the Absolute Beginner

Maps of the Disney Parks: Charting 60 Years from California to Shanghai

Bob Ross by the Numbers

The Complete Art of Fullmetal Alchemist

S. Petersen's Field Guide to Lovecraftian Horrors: A Field Observer's Handbook of Preternatural Entities and Beings from Beyond the Wall of Sleep

Draw Your World: How to Sketch and Paint Your Remarkable Life

Around the World in 80 Plants

The Art of Naruto: Uzumaki

Astrology. the Library of Esoterica

Tarot. the Library of Esoterica

Castlevania: The Art of the Animated Series

The Disney Monorail: Imagineering a Highway in the Sky

How to Draw Fantasy Art and RPG Maps: Step by Step Cartography for Gamers and Fans

How to Draw Animals: In Simple Steps

Keeping a Nature Journal, 3rd Edition: Deepen Your Connection with the Natural World All Around You

Final Fantasy XIV: Heavensward -- The Art of Ishgard -The Scars of War-

Naming the Animals: An Invitation to Creativity

The Future of the Museum: 28 Dialogues

Fantasy Mapmaker: How to Draw RPG Cities for Gamers and Fans

The Listening Path: The Creative Art of Attention (a 6-Week Artist's Way Program)

Watts On Bridgman: Torso Front and Back

Art Page-A-Day Gallery Calendar 2022: A Year of Masterpieces on Your Desk.

Drawn to Nature: Gilbert White and the Artists

The Art of Cruelty: A Reckoning

Around the World in 80 Trees

The Rime of the Ancient Mariner

Sketching from the Imagination: Characters

Spiroglyphics: CN 40 greatest cartoon characters of all time - Spiroglyphics coloring book - New Kind of Coloring with One Color to U

Writing the Future: Basquiat and the Hip-Hop Generation

The Compendium of Forgotten Secrets: Awakening

Sketch with Asia: Manga-Inspired Art and Tutorials by Asia Ladowska

For the Love of Frida 2022 Wall Calendar: Art and Words Inspired by Frida Kahlo

How to Render: The Fundamentals of Light, Shadow and Reflectivity

Living in Data: A Citizen's Guide to a Better Information Future

Figure Drawing: For All It's Worth

At the Mountains of Madness Vol 1

You Will Leave a Trail of Stars: Words of Inspiration for Blazing Your Own Path

Around the World in 80 Trees: (The Perfect Gift for Tree Lovers)

A Middle-Earth Traveler: Sketches from Bag End to Mordor

Drawing for the Absolute Beginner: A Clear & Easy Guide to Successful Drawing

At the Mountains of Madness Vol. 2

How to Draw People: Step-By-Step Lessons for Figures and Poses

Treasures from the Patek Philippe Museum: Vol. 1: The Quest for the Perfect Watch (Patek Philippe Collection); Vol. 2: The Emergence of the Portable T

How Many Female Type Designers Do You Know?: I Know Many and Talked to Some!

The Introverted Artist: Defending My Art, My Way, Myself

Drawing the Head and Hands

The Art of the Occult: A Visual Sourcebook for the Modern Mystic

The Book of Change: Images and Symbols to Inspire Revelations and Revolutions

The World of Critical Role: The History Behind the Epic Fantasy

You Can Draw in 30 Days: The Fun, Easy Way to Learn to Draw in One Month or Less

Expedition: Being an Account in Words and Artwork of the 2358 A.D. Voyage to Darwin IV

A Black Gaze: Artists Changing How We See

It's Ok to Feel Things Deeply: (Uplifting Book for Women; Feel-Good Gift for Women; Books to Help Cope with Anxiety and Depression)

The Devil in the Gallery: How Scandal, Shock, and Rivalry Shaped the Art World

Tales from the Midnight Masquerade Color

A Visual Protest: The Art of Banksy

The Sleeve Should Be Illegal: & Other Reflections on Art at the Frick