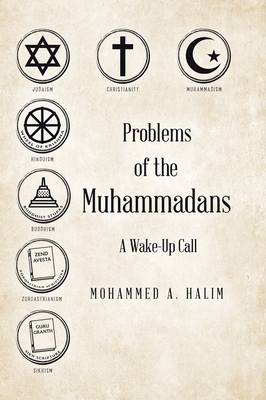 Problems of the Muhammadans: A Wake-Up Call

According to the Koran, Muhammad was sent exclusively to the Arabs as their Messenger, and Muhammadism (the religion introduced by Muhammad) was formulated exclusively for the Arabs, to be practised inside Arabia. In fact, outside Arabia, Koranic rules on prayer, fasting and pilgrimage (Hajj) are not valid everywhere in the world. So, Muhammad cannot be a Messenger, nor can Muhammadism be a religion for non-Arabs.

The Muhammadans address themselves as Muslims, but the Koran, in its entire volume, never addressed them as Muslims. In fact, the Koran has classified Muhammadans and Muslims as two entirely different classes of people.

Following customs and practices, based on non-Koranic rules and laws seems to be the primary cause behind all the problems faced by today's Muhammadans. For example, female clothing, like burqas, hijabs and niqabs, are creating numerous problems throughout today's Western Christian world, although the Koran never commanded women to wear any of them. This is probably why the Koran has authorized the government of a country to impose a total ban, if necessary, on all customs and practices based on non-Koranic rules and laws, including a total ban on burqas, hijabs and niqabs in all public places, while commanding the Muhammadans to obey the government, without complaint or protest.

Problems of the Muhammadans: A Wake-Up Call

The Brown-Driver-Briggs Hebrew and English Lexicon

Bible Study For Those Who Don't Read The Bible: Part 2

Amplified Bible-Am: Captures the Full Meaning Behind the Original Greek and Hebrew

My First Message-MS: A Devotional Bible for Kids

Geneva Bible-OE: The Bible of the Protestant Reformation

The Message Deluxe Gift Bible: The Bible in Contemporary Language

The Mystery of Jesus: From Genesis to Revelation-Yesterday, Today, and Tomorrow: Volume 2: The New Testament

Young's Analytical Concordance to the Bible

The Hebrew Bible: A Translation with Commentary

The Pursuit of God

KJV My Promise Bible Silky But

Money Is God in Action

The First and Second Book of Kings

The Mystery of Jesus: From Genesis to Revelation-Yesterday, Today, and Tomorrow: Volume 3: The Apocalypse

Bring on Heaven!: A biblical deep dive into the nature of our forever home

Bible Study For Those Who Don't Read The Bible

Words of God for the Heart: The Bible in 365 Words