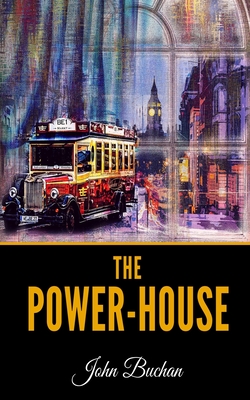 It all started one afternoon, early in May, when I came out of the House of Commons with Tommy Deloraine. I had got in by an accident at a by-election, when I was supposed to be fighting a forlorn hope, and as I was just beginning to be busy at the Bar I found my hands pretty full. It was before Tommy succeeded, in the days when he sat for the family seat in Yorkshire, and that afternoon he was in a powerful bad temper. Out of doors it was jolly spring weather, there was greenery in Parliament Square and bits of gay colour, and a light wind was blowing up from the river. Inside a dull debate was winding on, and an advertising member had been trying to get up a row with the Speaker. The contrast between the frowsy place and the cheerful world outside would have impressed even the soul of a Government Whip. Tommy sniffed the spring breeze like a supercilious stag. This about finishes me, he groaned. What a juggins I am to be mouldering here! Joggleberry is the celestial limit, what they call in happier lands the pink penultimate. And the frowst on those back benches! Was there ever such a moth-eaten old museum? It is the Mother of Parliaments, I observed. Damned monkey-house, said Tommy. I must get off for a bit, or I'll bonnet Joggleberry or get up and propose a national monument to Guy Fawkes, or something silly. I did not see him for a day or two, and then one morning he rang me up and peremptorily summoned me to dine with him. I went, knowing very well what I should find. Tommy was off next day to shoot lions on the Equator, or something equally unconscientious. He was a bad acquaintance for a placid sedentary soul like me, for though he could work like a Trojan when the fit took him, he was never at the same job very long. In the same week he would harass an Under Secretary about horses for the Army, write voluminously to the press about a gun he had invented for potting aeroplanes, give a fancy-dress ball which he forgot to attend, and get into the semi-final of the racquets championship. I waited daily to see him start a new religion. - Taken from The Power-House written by John Buchan

Alice's Adventures in Wonderland and Other Stories