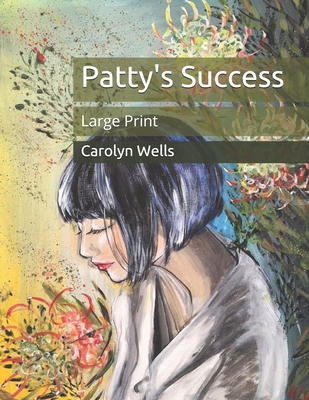 I do think waiting for a steamer is the horridest, pokiest performance in the world! Younever know when they're coming, no matter how much they sight them and signal themand wireless them!Mrs. Allen was not pettish, and she spoke half laughingly, but she was wearied with herlong wait for the Mauretania, in which she expected her daughter, Nan, and, incidentally, Mr. Fairfield and Patty.There, there, my dear, said her husband, soothingly, I think it will soon arrive now.I think so, too, declared Kenneth Harper, who was looking down the river through fieldglasses. I'm just sure I see that whale of a boat in the dim distance, and I think I see Patty'syellow head sticking over the bow.Do you? cried Mrs. Allen eagerly; do you see Nan?I'm not positive that I do, but we soon shall know, for that's surely the Mauretania.It surely was, and though the last quarter hour of waiting seemed longer than all the rest, atlast the big ship was in front of them, and swinging around in midstream. They could seethe Fairfields clearly now, but not being within hearing distance, they could only expresstheir welcome by frantic wavings of hands, handkerchiefs, and flags. But at last thegangplank was put in place, and at last the Fairfields crossed it, and then an enthusiasticand somewhat incoherent scene of reunion followed.Beside Mr. and Mrs. Allen and Kenneth Harper, Roger and Elise Farrington were there tomeet the home-comers, and the young people seized on Patty as if they would never let hergo again

The Night Before Thanksgiving

A Long Walk to Water

Disney Moana: I Am Moana

Everyone's Sleepy But the Baby

Are You My Mother?

The Wonderful Things You Will Be

Guess How Much I Love You

I Will Always Love You: Keepsake Gift Book for Mother and New Baby

The Runaway Bunny Board Book

Dawn and the Impossible Three: A Graphic Novel (the Baby-Sitters Club #5), 5: Full-Color Edition

On the Night You Were Born

I Am a Big Brother

I Can Make This Promise

Healer of the Water Monster

Dear Girl,: A Celebration of Wonderful, Smart, Beautiful You!

Harry Potter and the Goblet of Fire, 4

I Am a Big Sister

Harry Potter and the Deathly Hallows, 7

From the Desk of Zoe Washington

Meghan the Duchess of Sussex

How to Babysit a Grandpa

Tales of a Fourth Grade Nothing

On the Edge of the Dark Sea of Darkness

The Secret Garden: A Graphic Novel

You're My Little Pumpkin Pie

The Remarkable Journey of Coyote Sunrise

Why a Daughter Needs a Dad

Song for a Whale

Besos for Baby: A Little Book of Kisses

Santa in the City

Everything Sad Is Untrue: (A True Story)

When Aidan Became a Brother

I Love Dad with the Very Hungry Caterpillar

Amy Wu and the Perfect Bao

Wherever You Are: My Love Will Find You

Here We Are: Notes for Living on Planet Earth

My Heart Fills with Happiness

The Night Before Christmas Board Book: The Classic Edition, the New York Times Bestseller (Christmas Book)

How to Babysit a Grandma

Alma and How She Got Her Name

The Vanderbeekers of 141st Street, 1

We Dream of Space

How to Train Your Dad

Baby Boy, What Will You Be?

The Fowl Twins Get What They Deserve

Flora and Ulysses: The Illuminated Adventures

Sunny Side Up: A Graphic Novel (Sunny #1)

Your Baby's First Word Will Be Dada

Sisters of the Neversea

The Mysterious Benedict Society and the Prisoner's Dilemma

I Sang You Down from the Stars

The Vanderbeekers Make a Wish

Thanksgiving in the Woods

My Milk Will Go, Our Love Will Grow: A Book for Weaning

The Legend of the Christmas Witch

The Ramona 4-Book Collection, Volume 1: Beezus and Ramona, Ramona and Her Father, Ramona the Brave, Ramona the Pest

Some Places More Than Others

My Neighbor Totoro: The Novel

As Brave as You

That's What Aunts Do