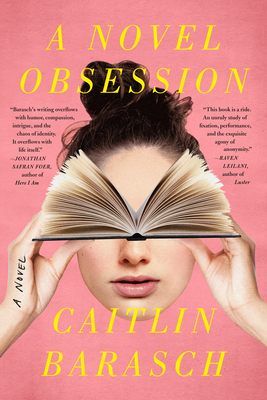 A Good Morning America Buzz Pick, and A Most Anticipated Book of 2022 by BuzzFeed, The Millions, Goodreads, Bustle, BookRiot, and The Nerd Daily If you've ever felt tempted to 'keep tabs on' a partner's ex on Instagram and then found yourself down a rabbit hole of their vacation posts from three years ago, this debut novel--which follows a 24-year-old New Yorker named Naomi who becomes obsessed with her boyfriend's former girlfriend--is for you.--Vogue, Best New Beach Reads Twenty-four-year-old New York bookseller Naomi Ackerman is desperate to write a novel, but struggles to find a story to tell. When, after countless disastrous dates, she meets Caleb--a perfectly nice guy with a Welsh accent and a unique patience for all her quirks--she thinks she's finally stumbled onto a time-honored subject: love. Then Caleb's ex-girlfriend, Rosemary, enters the scene. Upon learning that Rosemary is not safely tucked away in Caleb's homeland overseas, but in fact lives in New York and also works in the literary world, Naomi is threatened and intrigued in equal measure. If they both fell for the same man, what else might they have in common? The more Naomi learns about Rosemary, the more her curiosity consumes her. Before she knows it, her casual Instagram stalking morphs into a friendship under false pretenses--and becomes the subject of her nascent novel. As her lies and half-truths spiral out of control, and fact and fiction become increasingly difficult to untangle, Naomi must decide what--and who--she's willing to sacrifice to write the perfect ending.