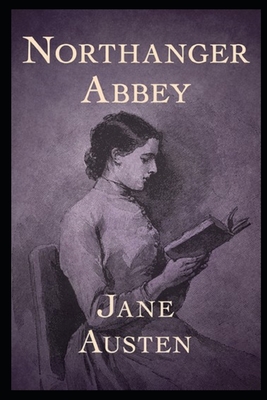 A new edition of Jane Austen's Northanger Abbey, originally published posthumously in 1818. Northanger Abbey is the story of seventeen-year-old Catherine Morland, one of ten children of a country clergyman, whose wild imagination and excessive fondness for Gothic novels (especially Ann Radcliffe's Mysteries of Udolpho) has skewed her worldview and interactions with others to great comic effect.

Fundamentally a parody of the Gothic fiction that was so popular in Austen's formative years, Northanger Abbey is a uniquely significant work, in that it shows Austen's departure from those conventions and tropes -- featuring three dimensional heroines, who were not perfect people, but flawed, rounded characters who behaved naturally and not just as the novel's plot demanded.

Jane Austen (1775-1817) was born in Hampshire, England, to George Austen, a rector, and his wife, Cassandra. Her novels include Sense and Sensibility (1811), Pride and Prejudice (1813), Mansfield Park (1814), Emma (1815), and Northanger Abbey and Persuasion, published together posthumously in 1818. A short epistolary novella, Lady Susan, and another unfinished work, The Watsons, were publish posthumously in 1871, and a final unfinished novel, Sanditon, was eventually published in 1925. Her works are considered to be among the finest examples of early 19th century British literature, hallmarks of the transitionto 19th century literary realism

All the Pretty Horses: Border Trilogy (1)

The Turn of the Key

The Seaplane on Final Approach

The Magic Mountain: Introduction by A. S. Byatt

The Patron Saint of Liars

The Metamorphosis: And Other Stories