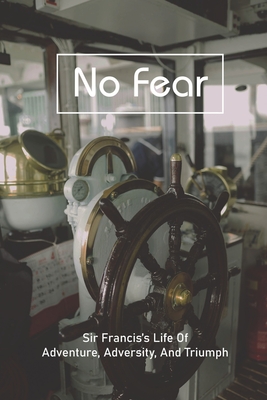 In this book, the author follows in the footsteps and wakes of Sir Francis's life of adventure, adversity and triumph. Born in 1901 into a troubled childhood in rural Devon, he suffered through the sadism of the English public school system, then in 1918 left for New Zealand where he made his first fortune. There he took up flying and in 1930 became one of the first aviators to fly from London to Sydney. After being the first solo flyer across the Tasman Sea from New Zealand to Australia, he set off to circle the world, only to crash, nearly fatally, in Japan.

The Ultimate Encyclopedia of Knots & Ropework

Warships of the Soviet Fleets 1939-1945, Volume I: Major Combatants

Death by Fire and Ice: The Steamboat Lexington Calamity

In the Heart of the Sea: The Tragedy of the Whaleship Essex

Heavy Metal: The Hard Days and Nights of the Shipyard Workers Who Build America's Supercarriers

The Captain, The Missionary, and the Bell: The Wreck of the Steamship Atlantic

Island of the Lost: An Extraordinary Story of Survival at the Edge of the World

The Fabulous Flotilla: Scotland's Adventure on the Rivers of Burma

Skinning Out: My time at sea and jumping ship in New Zealand

Longitude: The True Story of a Lone Genius Who Solved the Greatest Scientific Problem of His Time

Into the Raging Sea: Thirty-Three Mariners, One Megastorm, and the Sinking of El Faro

Dark and Magical Places: The Neuroscience of Navigation

Mighty Fitz: The Sinking of the Edmund Fitzgerald

Amalgamated International and U.S. Inland Navigation Rules: Amalgamation of the International Regulations for Preventing Collisions at Sea and the U.S

On a Sea of Glass: The Life & Loss of the RMS Titanic

A Night to Remember: The Classic Account of the Final Hours of the Titanic

The Great Halifax Explosion: A World War I Story of Treachery, Tragedy, and Extraordinary Heroism

Death & Lighthouses on the Great Lakes: A History of Murder and Misfortune

Deckhand: Life on Freighters of the Great Lakes

Shipwrecks of the Pacific Northwest: Tragedies and Legacies of a Perilous Coast

Classic Ships of the Great Lakes

In the Treacle Mine: The Life of a Marine Engineer

Ladies of the Lights: Michigan Women in the U.S. Lighthouse Service

Giants of the Clyde: The Great Ships and the Great Yards

32 in '44: Building the Portsmouth Submarine Fleet in World War II

How to Build a Wooden Boat

A Strange Whim of the Sea: The Wreck of the USS Macaw

Fatal Treasure: Greed and Death, Emeralds and Gold, and the Obsessive Search for the Legendary Ghost Galleon Atocha

The Ashley Book of Knots

The Slave Ship: A Human History

We, the Navigators: The Ancient Art of Landfinding in the Pacific (Second Edition)

Erebus: One Ship, Two Epic Voyages, and the Greatest Naval Mystery of All Time

Yacht Design According to Perry: My Boats and What Shaped Them

Long Island and the Sea: A Maritime History

Death & Lighthouses on the Great Lakes: A History of Murder and Misfortune

Fatal Forecast: An Incredible True Tale of Disaster and Survival at Sea

Lost Legends of the Lakes: A Unique Study of the Maritime Heritage of the Great Lakes from an Artist's Viewpoint

How to Build Wooden Boats: With 16 Small-Boat Designs

In the Kingdom of Ice: The Grand and Terrible Polar Voyage of the USS Jeannette

Shipwrecks of Cape Cod: Stories of Tragedy and Triumph

Ship of Gold in the Deep Blue Sea

Ashley Book of Knots: Every Practical Knot--What It Looks Like, Who Uses It, Where It Comes From, and How to Tie It

What Happened to the Battleship: 1945 to Present

The Arts of the Sailor: Knotting, Splicing and Ropework

The Maine Lobster Boat: History of an Iconic Fishing Vessel

Ships and Shipwrecks: Stories from the Great Lakes

Wreck of the Carl D.: A True Story of Loss, Survival, and Rescue at Sea

From Here to There: The Art and Science of Finding and Losing Our Way

The Ice Master: The Doomed 1913 Voyage of the Karluk

How to Read a Nautical Chart, 2nd Edition (Includes All of Chart #1): A Complete Guide to Using and Understanding Electronic and Paper Charts

Ninety Percent of Everything: Inside Shipping, the Invisible Industry That Puts Clothes on Your Back, Gas in Your Car, and Food on Your Plate

The Wreck of the Portland: A Doomed Ship, a Violent Storm, and New England's Worst Maritime Disaster

The Gulf of Mexico: A Maritime History

Skeletons on the Zahara: A True Story of Survival

Breverton's Nautical Curiosities: A Book of the Sea

How to Build Glued-Lapstrake Wooden Boats

Deadliest Sea: The Untold Story Behind the Greatest Rescue in Coast Guard History

Ship Modeling from Scratch: Tips and Techniques for Building Without Kits

Rock the Boat: Boats, Cabins and Homes on the Water

A Storm Too Soon: A True Story of Disaster, Survival, and an Incredible Rescue

Supernavigators: Exploring the Wonders of How Animals Find Their Way

Titanic or Olympic: Which Ship Sank?: The Truth Behind the Conspiracy

A General History of the Pyrates

Latitude: The True Story of the World's First Scientific Expedition

Reading the Glass: A Captain's View of Weather, Water, and Life on Ships

Building Strip-Planked Boats: With Complete Plans and Instructions for a Dinghy, a Canoe, and a Kayak You Can Build

Olympic Titanic Britannic: The Anatomy and Evolution of the Olympic Class

Out of the Depths: A History of Shipwrecks

Fifty Ships That Changed the Course of History: A Nautical History of the World

SS United States: Ship of Power, Might, and Indecision

The Complete Guide to Sailing & Seamanship

Ships and Men of the Great Lakes

Lake Boats: The Enduring Vessels of the Great Lakes

Building the Greenland Kayak: A Manual for Its Contruction and Use

Sailing Into History: Great Lakes Bulk Carriers of the Twentieth Century and the Crews Who Sailed Them

Giants Of The Sea

The Capture of U-505: The Us Navy's Controversial Enigma Raid, Atlantic Ocean 1944

The Rise & Fall of Harland & Wolff

Shadow of the Titanic: The Extraordinary Stories of Those Who Survived

The Art of Rigging

Long Island and the Sea: A Maritime History

A Good and Favorable Wind: The Unusual Story Of A Submarine Under Sail And Its Cautionary Lessons For The Modern Navy

How to Build the Catspaw Dinghy: A Boat for Oar and Sail

Titanic Survivor: The Newly Discovered Memoirs of Violet Jessop who Survived Both the Titanic and Britannic Disasters

Barons of the Sea: And Their Race to Build the World's Fastest Clipper Ship

Shipwrecks of Lake Erie: Tragedy in the Quadrangle

Handbook of Knotting and Splicing

The Naphtha Revolution: The Untold Story of an Invention That Changed the World

Ten Hours Until Dawn: The True Story of Heroism and Tragedy Aboard the Can Do

Real Pirates: The Untold Story of the Whydah from Slave Ship to Pirate Ship

From Here to There: The Art and Science of Finding and Losing Our Way

The Young Sea Officer's Sheet Anchor: Or a Key to the Leading of Rigging and to Practical Seamanship

Stories from the Wreckage: A Great Lakes Maritime History Inspired by Shipwrecks

The Way of the Ship: America's Maritime History Reenvisoned, 1600-2000

The Tragic Sinking of Gloucester's Patriot

The Unseen Mauretania 1907: The Ship in Rare Illustrations

A Night to Remember

The Artificial River: The Erie Canal and the Paradox of Progress, 1817-1862

The Sailor's Book of Small Cruising Sailboats: Reviews and Comparisons of 360 Boats Under 26 Feet

Floating Palaces of the Great Lakes: A History of Passenger Steamships on the Inland Seas

The Band That Played on: The Extraordinary Story of the 8 Musicians Who Went Down with the Titanic

The Mayflower: The Families, the Voyage, and the Founding of America

The Complete Anchoring Handbook: Stay Put on Any Bottom in Any Weather

100 Years of Cruise Ships in Colour