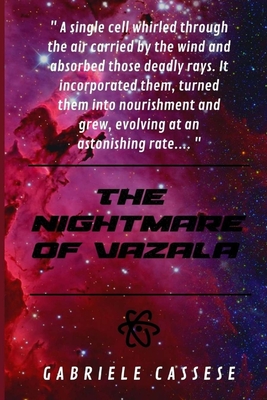 Rubble, debris, deadly radiation: this is the environment in which Blake was born, escaping death soon after emitting his first wails. The explosion of the largest nuclear power plant on the planet, located in the metropolis of Vazala, causes such devastation that it remains in the memories of humanity. Rose, Blake's mother, wakes up in a post-apocalyptic scenario. After noticing that her son has a peculiar appearance to say the least, exhausted and wounded, she makes her way through the remains of her city, searching in vain for help, until she meets three soldiers from the scientific department of the army. She cries out with all her might. Her saviors are on their way, approaching in their mighty military vehicles protected by radiation suits. Little does Rose know that this encounter will mark her end. The three soldiers grab her, snatch little Blake from her arms and load them both onto the trailer of the truck as if they were cattle headed for the slaughterhouse. There is only one destination: Hive Z, an underground laboratory where, by order of Emperor Terse, experiments are carried out on human beings, with the intent of generating super-soldiers genetically modified by a mysterious serum. Strange and disturbing rumors circulate about Terse: the people suspect that he is not entirely human, both for his cruelty, both for some of his skills. He is an absolute king and dominates uncontested the entire planet Earth, which he conquered after a long and bloody world war from which he came out the winner. His interests will lead him to destroy Blake's life without mercy, unaware that the latter, after undergoing atrocious experiments, will use his superhuman abilities for a single purpose: to carry out his revenge.Vazala's Nightmare is a novel full of suspense and twists. Behind the intrigues, fights and superhuman abilities lies a deeper message: the importance of fighting to obtain a denied freedom, being able to defeat one's own monsters without being tamed by hatred and the desire for revenge, without failing in one's values and ideals.

The Caves of Steel

Journey to the Centre of the Earth

A Wizard of Earthsea

Record of A Spaceborn Few

A War of Gifts

The Employees: A Workplace Novel of the 22nd Century