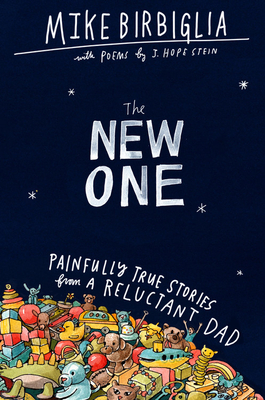 With laugh-out-loud funny parenting observations, the New York Times bestselling author and award-winning comedian delivers a book that is perfect for anyone who has ever raised a child, been a child, or refuses to stop acting like one. *A Finalist for the Thurber Prize for American Humor* In 2016 comedian Mike Birbiglia and poet Jennifer Hope Stein took their fourteen-month-old daughter Oona to the Nantucket Film Festival. When the festival director picked them up at the airport she asked Mike if he would perform at the storytelling night. She said, The theme of the stories is jealousy. Jen quipped, You're jealous of Oona. You should talk about that. And so Mike began sharing some of his darkest and funniest thoughts about the decision to have a child. Jen and Mike revealed to each other their sides of what had gone down during Jen's pregnancy and that first year with their child. Over the next couple years, these stories evolved into a Broadway show, and the more Mike performed it the more he heard how it resonated--not just with parents but also people who resist all kinds of change. So he pored over his journals, dug deeper, and created this book: The New One: Painfully True Stories From a Reluctant Dad. Along with hilarious and poignant stories he has never shared before, these pages are sprinkled with poetry Jen wrote as she navigated the same rocky shores of new parenthood. So here it is. This book is an experiment--sort of like a family.

The Book of Extraordinary Deaths: True Accounts of Ill-Fated Lives

Creative Types: And Other Stories

When You Are Engulfed in Flames

Will My Cat Eat My Eyeballs?: And Other Questions about Dead Bodies

I Was Told There'd Be Cake

The Rules of Attraction

The Seaplane on Final Approach

Who Ate the First Oyster?: The Extraordinary People Behind the Greatest Firsts in History

If You Give a Mouse an iPhone

Hyperbole and a Half Die-Cut Notecards

Girlfriends, Ghosts, and Other Stories

Rants from the Hill: On Packrats, Bobcats, Wildfires, Curmudgeons, a Drunken Mary Kay Lady, and Other Encounters with the Wild in the High

Stuff White People Like: A Definitive Guide to the Unique Taste of Millions

Dress Your Family in Corduroy and Denim

No One Asked for This: Essays

Twice in a Blue Moon

Chronicles of a Radical Hag (with Recipes)

The Te of Piglet

Skinny Legs and All

The Girl with the Lower Back Tattoo

My Year of Meats

Our Man in Havana

The Bookish Life of Nina Hill

I Remember Nothing: And Other Reflections

A House and Its Head

Bad Lawyer: A Memoir of Law and Disorder

Dear Luke, We Need to Talk, Darth: And Other Pop Culture Correspondences

Knocking Myself Up: A Memoir of My (In)Fertility

The Restaurant at the End of the Universe

Life, the Universe and Everything

Something That May Shock and Discredit You

I Will Not Die Alone

You Can't Touch My Hair: And Other Things I Still Have to Explain

Sure, I'll Be Your Black Friend: Notes from the Other Side of the Fist Bump

The Complete Cartoons of the New Yorker [With CDROM]