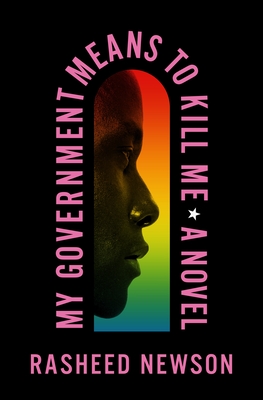 In the 1980s, 19-yo Trey - black, queer - arrives in NYC from Indianapolis after giving up his trust fund to find himself in the big city. A novel that reads likes a memoir. Trey figures out who he is during the AIDS crisis and political and social upheaval. Thoroughly enjoyed Trey's journey while also learning about black, queer American history.--Sunny

The debut novel from television WRITER/PRODUCER OF THE CHI, NARCOS, and BEL-AIR tells a fierce and riveting queer coming-of-age story following the personal and political awakening of a young, gay, Black man in 1980s New York City. Consistently engrossing. --New York Times Book Review Full of joy and righteous anger, sex and straight talk, brilliant storytelling and humor... A spectacularly researched Dickensian tale with vibrant characters and dozens of famous cameos, it is precisely the book we've needed for a long time. --Andrew Sean Greer, Pulitzer Prize-winning author of Less Earl Trey Singleton III arrives in New York City with only a few dollars in his pocket. Born into a wealthy Black Indianapolis family, at 17, he is ready to leave his overbearing parents and their expectations behind. In the city, Trey meets up with a cast of characters that changes his life forever. He volunteers at a renegade home hospice for AIDS patients, and after being put to the test by gay rights activists, becomes a member of the AIDS Coalition to Unleash Power (ACT UP). Along the way Trey attempts to navigate past traumas and searches for ways to maintain familial relationships--all while seeking the meaning of life amid so much death. Vibrant, humorous, and fraught with entanglements, Rasheed Newson's My Government Means to Kill Me is an exhilarating, fast-paced coming-of-age story that lends itself to a larger discussion about what it means for a young gay Black man in the mid-1980s to come to terms with his role in the midst of a political and social reckoning.