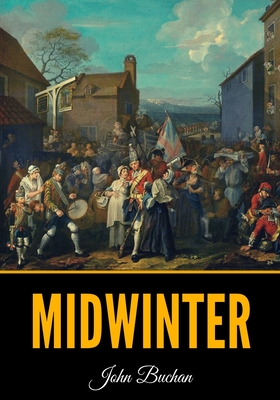 The road which had begun as a rutted cart-track sank presently to a grassy footpath among scrub oaks, and as the boughs whipped his face the young man cried out impatiently and pulled up his horse to consider. He was on a journey where secrecy was not less vital than speed, and he was finding the two incompatible. That morning he had avoided Banbury and the high road which followed the crown of Cotswold to the young streams of Thames, for that way lay Beaufort's country, and at such a time there would be jealous tongues to question passengers. For the same reason he had left the main Oxford road on his right, since the channel between Oxford and the North might well be troublesome, even for a respectable traveller who called himself Mr Andrew Watson, and was ready with a legend of a sea-coal business in Newcastle. But his circumspection seemed to have taken him too far on an easterly course into a land of tangled forests. He pulled out his chart of the journey and studied it with puzzled eyes. My Lord Cornbury's house could not be twenty miles distant, but what if the twenty miles were pathless? An October gale was tossing the boughs and whirling the dead bracken, and a cold rain was beginning. Ill weather was nothing to one nourished among Hebridean north-westers, but he cursed a land in which there were no landmarks. A hill-top, a glimpse of sea or loch, even a stone on a ridge, were things a man could steer by, but what was he to do in this unfeatured woodland? These soft south-country folk stuck to their roads, and the roads were forbidden him. A little further and the track died away in a thicket of hazels. He drove his horse through the scrub and came out on a glade, where the ground sloped steeply to a jungle of willows, beyond which he had a glimpse through the drizzle of a grey-green fen. Clearly that was not his direction, and he turned sharply to the right along the edge of the declivity. Once more he was in the covert, and his ill-temper grew with every briar that whipped his face. Suddenly he halted, for he heard the sound of speech. It came from just in front of him-a voice speaking loud and angry, and now and then a squeal like a scared animal's. - Taken from Midwinter written by John Buchan

The Women's March: A Novel of the 1913 Woman Suffrage Procession

Sisters in Arms: A Novel of the Daring Black Women Who Served During World War II

When Two Feathers Fell from the Sky

Under the Light of the Italian Moon: Inspired by a true story of love and women's resilience during the rise of fascism and WWII

The Nature of Fragile Things

Radar Girls: A Novel of WWII

All the Little Hopes

The Eagle's Claw: A Novel of the Battle of Midway

The Women of Chateau Lafayette

The Bookseller's Secret: A Novel of Nancy Mitford and WWII

The Great Glorious Goddamn of It All

Rendezvous At The Altar: From Vietnam to Virginia

Her Heart for a Compass

A Woman of Intelligence

The Last Night in London

The House on Vesper Sands

The Spy Who Came in from the Cold