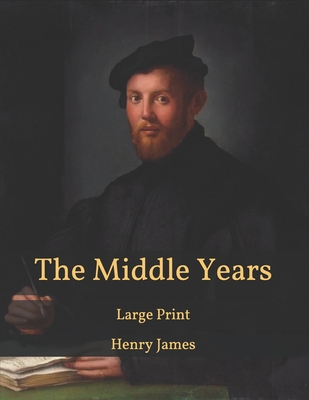 Let me not here withal appear to pretend to say how far I then foresaw myself likely to proceed, asit were, with the inimitable France and the incomparable Italy; my real point is altogether in thesimple fact that they hovered before me, even in their scrappy foretastes, to a great effect of easeand inspiration, whereas I shouldn't at all have resented the charge of fairly hiding behind the lowlydoor of Mr. Lazarus Fox-so unmistakeably did it open into complications tremendous. Thisexcellent man, my Half-Moon Street landlord-I surrender, I can't keep away from him-figures tome now as but one of the thousand forms of pressure in the collective assault, but he couldn't havebeen more carefully chosen for his office had he consciously undertaken to express to me in aconcentrated manner most of the things I was after. The case was rather indeed perhaps that hehimself by his own mere perfection put me up to much of what I should most confidently look for, and that the right lines of observation and enjoyment, of local and social contact, as I may call it, were most of all those that started out from him and came back to him. It was as if nothing I sawcould have done without him, as if nothing he was could have done without everything else. Thevery quarters I occupied under his protection happened, for that matter, to swarm-as I estimatedswarming-with intensities of suggestion-aware as I now encourage myself to become that thefirst note of the numberless reverberations I was to pick up in the aftertime had definitely beenstruck for me as under the wave of his conducting little wand. He flourished it modestly enough, ancient worthy of an immemorial order that he was-old pensioned servant, of course, of aCumberland (as I believe) family, a kind, slim, celibate, informing and informed member of whichoccupied his second floor apartments; a friend indeed whom I had met on the very first occasion ofmy sallying forth from Morley's Hotel in Trafalgar Square to dine at a house of sustaining, ofinspiring hospitality in the Kensington quarter. Succumbing thus to my tangle of memories, fromwhich I discern no escape, I recognise further that if the endlessly befriending Charles Nortonsintroduced me to Albert Rutson, and Albert Rutson introduced me to his feudal retainer, so it was inno small degree through the confidence borrowed from the latter's interest in the decent appearanceI should make, an interest of a consistency not to have been prefigured by any at all like instance inmy past, that I so far maintained my dizzy balance as to be able to ascend to the second floor underthe thrill of sundry invitations to breakfast. I dare say it is the invitations to breakfast that hold me atthis moment by their spell-so do they breathe to me across the age the note of a London worldthat we have left far behind; in consequence of which I the more yearningly steal back to it, as onsneaking tiptoe, and shut myself up there without interference. It is embalmed in disconnections, indifferences, that I cultivate a free fancy for pronouncing advantageous to it: sunk already was theshaft by which I should descend into the years, and my inspiration is in touching as many as possibleof the points of the other tradition, retracing as many as possible of the features of the old face, eventually to be blurred again even before my own eyes, and with the materials for a portrait therebyaccessible but to those who were present up to the time of the cha

Inventor of the Future: The Visionary Life of Buckminster Fuller

Julia Morgan: An Intimate Biography of the Trailblazing Architect

The Hare with Amber Eyes: A Hidden Inheritance

The Women Who Changed Architecture

I Always Knew: A Memoir

Hold Still: A Memoir with Photographs

Con/Artist: The Life and Crimes of the World's Greatest Art Forger

Into the Inferno: A Photographer's Journey Through California's Megafires and Fallout

Women in the Picture: What Culture Does with Female Bodies

Letter to the Americans

Far from Respectable: Dave Hickey and His Art

The Philosophy of Andy Warhol: From A to B and Back Again

A Room of Her Own: Inside the Homes and Lives of Creative Women

The Journal of Eugene Delacroix

Van Gogh: A Life in Letters

If Walls Could Speak: My Life in Architecture

La Nijinska: Choreographer of the Modern

Artists: Inspiring Stories of Their Lives and Works

The Real Deal: Field Notes from the Life of a Working Photographer

Save It for Later: Promises, Parenthood, and the Urgency of Protest

The Heart: Frida Kahlo in Paris

Creating Beauty from the Abyss: The Amazing Story of Sam Herciger, Auschwitz Survivor and Artist

Vivian Maier: Out of the Shadows

Feathers at My Feet

A Choice of Weapons

Becoming Michelangelo: Apprenticing to the Master and Discovering the Artist Through His Drawings

Frida Kahlo: The Last Interview: And Other Conversations

Curating the American Past: A Memoir of a Quarter Century at the Smithsonian National Museum of American History

Barbara Kruger: Thinking of You. I Mean Me. I Mean You

Save It for Later: Promises, Protest, and Parenthood

Daybook: The Journal of an Artist

Karl Lagerfeld: A Life in Fashion

The King's Painter: The Life of Hans Holbein

It's What I Do: A Photographer's Life of Love and War

What Is Now Known Was Once Only Imagined: An (Auto)Biography of Niki de Saint Phalle

Banksy: The Man Behind the Wall: Revised and Illustrated Edition

A Farewell to Gabo and Mercedes: A Son's Memoir of Gabriel García Márquez and Mercedes Barcha

Bunnyman: Post-War Kid to Post-Punk Guitarist of Echo and the Bunnymen

Surrealist Weekends: Farleys in the Fifties

An American Odyssey: The Life and Work of Romare Bearden

It's Lonely at the Centre of the Earth

Artists: Their Lives and Works

Seeing Like an Artist: What Artists Perceive in the Art of Others

The Radical Potter: The Life and Times of Josiah Wedgwood

The 50 Greatest Architects: The People Whose Buildings Have Shaped Our World

Frida Kahlo: Making Her Self Up

Jack Kirby: The Epic Life of the King of Comics

The Paper Garden: An Artist Begins Her Life's Work at 72

The Illuminated Life of Maud Lewis

American Workman: The Life and Art of John Kane

Rockers: The Making of Reggae's Most Iconic Film

Into the Inferno: A Photographer's Journey Through California's Megafires and Fallout (Large Print Edition)

Everett Ruess: A Vagabond for Beauty

Chanel and Her World: Friends, Fashion, and Fame

Groovy Bob: The Life and Times of Robert Fraser

Everybody Behaves Badly: The True Story Behind Hemingway's Masterpiece the Sun Also Rises

Creating Beauty from the Abyss: The Amazing Story of Sam Herciger, Auschwitz Survivor and Artist

Walk Through Walls: A Memoir

The Life and Times of Jo Mora: Iconic Artist of the American West

When Eero Met His Match: Aline Louchheim Saarinen and the Making of an Architect

A Clearing in the Distance: Frederick Law Olmsted and America in the 19th Century

The Art of William Sidney Mount: Long Island People of Color on Canvas

River of Shadows: Eadweard Muybridge and the Technological Wild West

Memories of Starobielsk: Essays Between Art and History

Frida in America: The Creative Awakening of a Great Artist

Culture Strike: Art and Museums in an Age of Protest

Opium: The Diary of His Cure

The Success and Failure of Picasso

A Place for All People: Life, Architecture and the Fair Society