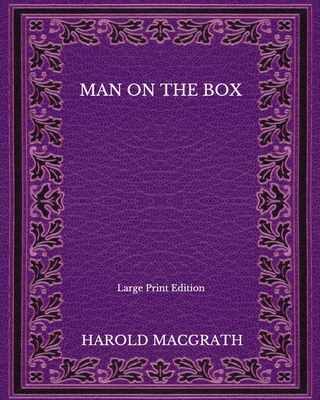 If you will carefully observe any map of the world that is divided into inches at so many miles to the inch, you will be surprised as you calculate the distance between that enchanting Paris of France and the third-precinct police-station of Washington, D. C, which is not enchanting. It is several thousand miles. Again, if you will take the pains to run your glance, no doubt discerning, over the police- blotter at the court (and frankly, I refuse to tell you the exact date of this whimsical adventure), you will note with even greater surprise that all this hubbub was caused by no crime against the commonwealth of the Republic or against the person of any of its conglomerate people. The blotter reads, in heavy simple fist, disorderly conduct, a phrase which is almost as embracing as the word diplomacy, or society, or respectability.So far as my knowledge goes, there is no such a person as James Osborne. If, by any unhappy chance, he does exist, I trust that he will pardon the civil law of Washington, my own measure of familiarity, and the questionable taste on the part of my hero-hero, because, from the rise to the fall of the curtain, he occupies the center of the stage in this little comedy-drama, and because authors have yet to find a happy synonym for the word. The name James Osborne was given for the simple reason that it was the first that occurred to the culprit's mind, so desperate an effort did he make to hide his identity. Supposing, for the sake of an argument in his favor, supposing he had said John Smith or William Jones or John Brown? To this very day he would have been hiring lawyers to extricate him from libel and false-representation suits. Besides, had he given any of these names, would not that hound-like scent of the ever suspicious police have been aroused?To move round and round in the circle of commonplace, and then to pop out of it like a tailed comet! Such is the history of many a man's life. I have a near friend who went away from town one fall, happy and contented with his lot. And what do you suppose he found when he returned home? He had been nominated for alderman. It is too early to predict the fate of this unhappy man. And what tools Fate uses with which to carve out her devious peculiar patterns! An Apache Indian, besmeared with brilliant greases and smelling of the water that never freezes, an understudy to Cupid? Fudge! you will say, or Pshaw! or whatever slang phrase is handy and, prevalent at the moment you read and run.I personally warn you that this is a really-truly story, though I do not undertake to force you to believe it; neither do I purvey many grains of salt. If Truth went about her affairs laughing, how many more persons would turn and listen! For my part, I believe it all nonsense the way artists have pictured Truth. The idea is pretty enough, but so far as hitting things, it recalls the woman, the stone, and the hen. I am convinced that Truth goes about dressed in the dowdiest of clothes, with black-lisle gloves worn at the fingers, and shoes run down in the heels, an exact portrait of one of Phil May's lydies. Thus it is that we pass her by, for the artistic sense in every being is repelled at the sight of a dowdy with weeping eyes and a nose that has been rubbed till it is as red as a winter apple. Anyhow, if she does go about in beautiful nudity, she ought at least to clothe herself with smiles and laughter. There are sorry enough things in the world as it is, without a lachrymal, hypochondriacal Truth poking her face in everywhere.

The Good Girl's Guide to Rakes

It Starts with Us: A Novelvolume 2