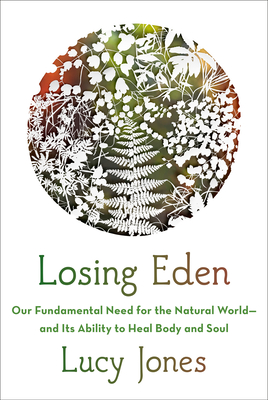 A fascinating look at why human beings have a powerful mental, spiritual, and physical need for the natural world--and the profound impact this has on our consciousness and ability to heal the soul and bring solace to the heart, and the cutting-edge scientific evidence proving nature as nurturer. The connection between mental health and the natural world turns out to be strong and deep--which is good news in that it offers those feeling soul-sick the possibility that falling in love with the world around them might be remarkably helpful. --Bill McKibben Lucy Jones interweaves her deeply personal story of recovery from addiction and depression with that of discovering the natural world and how it aided and enlivened her progress, giving her a renewed sense of belonging and purpose. Jones writes of the intersection of science, wellness, and the environment, and reveals that in the last decade, scientists have begun to formulate theories of why people feel better after a walk in the woods and an experience with the natural world. She describes the recent data that supports evidence of biological and neurological responses: the lowering of cortisol (released in response to stress), the boost in cortical attention control that helps us to concentrate and subdues mental fatigue, and the increase in activity in the parasympathetic nervous system, slowing the heart and allowing the body to rest. Beautifully written, movingly told and meticulously researched. An elegy to the healing power of nature. A convincing plea for a wilder, richer world. --Isabella Tree, author of Wilding

A Walk in the Woods

Illumination in the Flatwoods: A Season Living Among the Wild Turkey

The Woodlands of Ivor: Essays of Intimacy and relationship in the natural world

Miracle Country: A Memoir of a Family and a Landscape

Unsolaced: Along the Way to All That Is

Tahoma and Its People: A Natural History of Mount Rainier National Park

Stronghold: One Man's Quest to Save the World's Wild Salmon

Gods, Wasps and Stranglers: The Secret History and Redemptive Future of Fig Trees

Indian Creek Chronicles: A Winter Alone in the Wilderness

Taming Fruit: How Orchards Have Transformed the Land, Offered Sanctuary, and Inspired Creativity

Fossils Inside Out: A Global Fusion of Science, Art and Culture

Wild Like Flowers: The Restoration of Relationship Through Regeneration

The Radiant Lives of Animals

Wayfinding: The Science and Mystery of How Humans Navigate the World

Madder: A Memoir in Weeds

Jungle: How Tropical Forests Shaped the World--And Us

Roaming the Mountains with John Parris

The World Before Us: The New Science Behind Our Human Origins

The Colors of Nature: Culture, Identity, and the Natural World

A Salad Only the Devil Would Eat: The Joys of Ugly Nature

The Social Lives of Animals

Seeking Truth in a Country of Lies: Critical & Lyrical Essays

The Story of Earth: The First 4.5 Billion Years, from Stardust to Living Planet

Things That Are: Essays

Ms. Adventure: My Wild Explorations in Science, Lava, and Life

Canoeing in the Wilderness

A Wild Love for the World: Joanna Macy and the Work of Our Time

Walden: With an Introduction and Annotations by Bill McKibben

The Earth Has a Soul: C.G. Jung on Nature, Technology and Modern Life

Anywhere That Is Wild: John Muir's First Walk to Yosemite

A Fly Rod of Your Own

Wild Mind: A Field Guide to the Human Psyche

A Country Year: Living the Questions

The Survival of the Bark Canoe