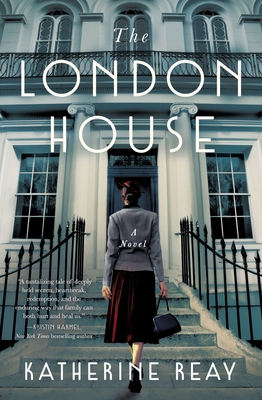 Uncovering a dark family secret sends one woman through the history of Britain's World War II spy network and glamorous 1930s Paris to save her family's reputation.

Caroline Payne thinks it's just another day of work until she receives a call from Mat Hammond, an old college friend and historian, but Mat has uncovered a scandalous secret kept buried for decades: In World War II, Caroline's British great-aunt betrayed family and country to marry her German lover.

Determined to find answers and save her family's reputation, Caroline flies to her family's ancestral home in London. She and Mat discover diaries and letters that reveal her grandmother and great-aunt were known as the Waite sisters. Popular and witty, they came of age during the interwar years, a time of peace and luxury filled with dances, jazz clubs, and romance. The buoyant tone of the correspondence soon yields to sadder revelations as the sisters grow apart, and one leaves home for the glittering fashion scene of Paris, despite rumblings of a coming world war.

Each letter brings more questions. Was Caroline's great-aunt actually a traitor and Nazi collaborator, or is there a more complex truth buried in the past? Together, Caroline and Mat uncover stories of spies and secrets, love and heartbreak, and the events of one fateful evening in 1941 that changed everything.

In this rich historical novel from award-winning author Katherine Reay, a young woman is tasked with writing the next chapter of her family's story. But Caroline must choose whether to embrace a love of her own and proceed with caution if her family's decades-old wounds are to heal without tearing them even further apart.

Praise for The London House:

Carefully researched, emotionally hewn, and written with a sure hand, The London House is a tantalizing tale of deeply held secrets, heartbreak, redemption, and the enduring way that family can both hurt and heal us. I enjoyed it thoroughly. --Kristin Harmel, New York Times bestselling author of The Book of Lost Names

A Ballad of Love and Glory

Somewhere in the South Pacific

Girls of Flight City: Inspired by True Events, a Novel of Wwii, the Royal Air Force, and Texas

Sisters of Night and Fog: A WWII Novel

Last Dance on the Starlight Pier

The Last White Rose: A Novel of Elizabeth of York

The Girl from Guernica: A WWII Novel

Secrets of a Summer Night

The Keeper of Happy Endings