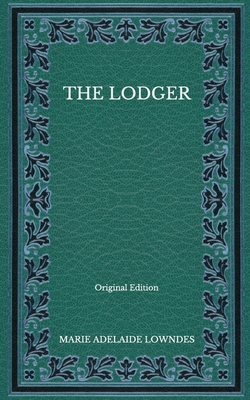 Robert Bunting and Ellen his wife sat before their dully burning, carefully-banked-up fire.The room, especially when it be known that it was part of a house standing in a grimy, if not exactly sordid, London thoroughfare, was exceptionally clean and well-cared-for. A casual stranger, more particularly one of a Superior class to their own, on suddenly opening the door of that sitting-room; would have thought that Mr. and Mrs. Bunting presented a very pleasant cosy picture of comfortable married life. Bunting, who was leaning back in a deep leather arm-chair, was clean-shaven and dapper, still in appearance what he had been for many years of his life-a self-respecting man-servant.On his wife, now sitting up in an uncomfortable straight-backed chair, the marks of past servitude were less apparent; but they were there all the same-in her neat black stuff dress, and in her scrupulously clean, plain collar and cuffs. Mrs. Bunting, as a single woman, had been what is known as a useful maid.But peculiarly true of average English life is the time-worn English proverb as to appearances being deceitful. Mr. and Mrs. Bunting were sitting in a very nice room and in their time-how long ago it now seemed!-both husband and wife had been proud of their carefully chosen belongings. Everything in the room was strong and substantial, and each article of furniture had been bought at a well-conducted auction held in a private house.Thus the red damask curtains which now shut out the fog-laden, drizzling atmosphere of the Marylebone Road, had cost a mere song, and yet they might have been warranted to last another thirty years. A great bargain also had been the excellent Axminster carpet which covered the floor; as, again, the arm-chair in which Bunting now sat forward, staring into the dull, small fire. In fact, that arm-chair had been an extravagance of Mrs. Bunting. She had wanted her husband to be comfortable after the day's work was done, and she had paid thirty-seven shillings for the chair. Only yesterday Bunting had tried to find a purchaser for it, but the man who had come to look at it, guessing their cruel necessities, had only offered them twelve shillings and sixpence for it; so for the present they were keeping their arm-chair.But man and woman want something more than mere material comfort, much as that is valued by the Buntings of this world. So, on the walls of the sitting-room, hung neatly framed if now rather faded photographs-photographs of Mr. and Mrs. Bunting's various former employers, and of the pretty country houses in which they had separately lived during the long years they had spent in a not unhappy servitude.But appearances were not only deceitful, they were more than usually deceitful with regard to these unfortunate people. In spite of their good furniture-that substantial outward sign of respectability which is the last thing which wise folk who fall into trouble try to dispose of-they were almost at the end of their tether. Already they had learnt to go hungry, and they were beginning to learn to go cold. Tobacco, the last thing the sober man foregoes among his comforts, had been given up some time ago by Bunting. And even Mrs. Bunting-prim, prudent, careful woman as she was in her way-had realised what this must mean to him. So well, indeed, had she understood that some days back she had crept out and bought him a packet of Virginia.Bunting had been touched-touched as he had not been for years by any woman's thought and love for him. Painful tears had forced themselves into his eyes, and husband and wife had both felt in their odd, unemotional way, moved to the heart.