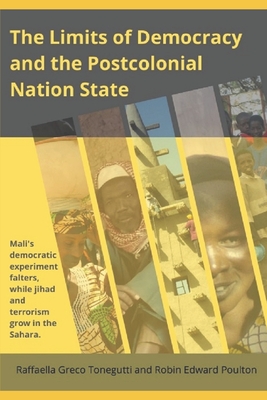 The Limits of Democracy and the Postcolonial Nation State: Mali's Democratic Experiment Falters, while Jihad and Terrorism Grow in the Sahara

The Mali crisis provoked by the coup d'état of March 2012 led to the collapse of the democratic Malian state, a jihadist Al Qaida take-over of North Mali, and the return of the French Foreign Legion to the Sahara after 54 years of Malian Independence. With 12,000 UN peacekeepers (MINUSMA) and the election of President Ibrahim Boubacar Keita in August 2013, the prospects for peace and democracy in Mali looked brighter ... until IBK'e exhausted regime was overthrown in the coup of August 2020. What mechanisms exist within Malian society and its social capital that might build a sustainable peace economy? How can women mobilize family networks to promote peace and to create employment? Will their efforts avert another round of civil war in 2025 or 2030? Mali suffers from two related crises, and the 2015 peace negotiations with Tuareg and Arab armed movements address the lesser of the two. In fact the crisis in North Mali has been largely provoked by the failure of the State, by a combination of dire poverty, galloping demography, bad governance and questionable legitimacy in a Nation State that has been corrupted by military rule for most of its short existence. The core crisis is in Bamako, the capital city.This book highlights major international themes such as democratic governance, decentralization and political legitimacy; terrorism and Islamic fundamentalism; and great power resource-rivalry over oil, gas and uranium lying under the Sahara Desert. Mali is a victim of corporate desires for mineral extraction, but also of cocaine trafficking from South America and a struggle for the leadership of Sunni Islam, all of which have helped undermine Mali's fragile, secular institutions. The Tuareg revolt of the 1990s and the arrival of Malian democracy have been described in detail, but no one has yet told the full story of Mali in the early 21st century-explaining why democracy collapsed, where the Arab jihadists came from, and why France went to war against Al Qaida in the Sahel and in the Islamic Maghreb-a security zone that Europeans neglect at their peril.Our story should have ended optimistically after the election of Mr. Ibrahim Boubacar Keita as Mali's new President, sworn in on September 4th 2013-and the impending trial of the Malian coup leader for the murder of rival soldiers, a plot line filled with mass graves and questions about American and British and French complicity with Algeria and Al Qaida. Instead, events during 2014 and 2020 have raised more questions than answers. While we offer recipes for peace building and routes towards peace and sustainable development, the continuing stories of cocaine mafias, Mali's local corruption and its venal international partners push us towards a pessimistic conclusion.The book includes 12 short conversations with Malian political figures, mediators and well-informed commentators. This multi-voice format allows our book to offer a range of interpretations for the dramatic events in Mali 2012-2015. We do not necessarily agree with the views expressed in all these conversations, and this gives them extra value.

A Long Way Gone: Memoirs of a Boy Soldier

To Have Nothing: God Bless the Child Who's Got His Own

The Man-Eaters of Tsavo

The Black Joke: The True Story of One Ship's Battle Against the Slave Trade

Slaves for Peanuts: A Story of Conquest, Liberation, and a Crop That Changed History

The Tears of a Man Flow Inward: Growing Up in the Civil War in Burundi

The Red Sea Scrolls: How Ancient Papyri Reveal the Secrets of the Pyramids

We Are Heirs of the World's Revolutions: Speeches from the Burkina Faso Revolution 1983-87

The Class Struggle in Africa

Exterminate All the Brutes: One Man's Odyssey Into the Heart of Darkness and the Origins of European Genocide

The War That Doesn't Say Its Name: The Unending Conflict in the Congo

Empire of Rubber: Firestone's Scramble for Land and Power in Liberia

The Inheritors: An Intimate Portrait of South Africa's Racial Reckoning

Imperial Reckoning: The Untold Story of Britain's Gulag in Kenya

A History of the Yoruba People

All Rise: Resistance and Rebellion in South Africa

They Poured Fire on Us from the Sky: The True Story of Three Lost Boys from Sudan

The Gifts of Africa: How a Continent and Its People Changed the World

The Darker Nations: A People's History of the Third World

West With the Night

The Glory of the Amhara (2nd Edition): A Pillar of Our Identity

Civilization or Barbarism: An Authentic Anthropology

The Kebra Nagast: King Solomon, The Queen of Sheba & Her Only Son Menyelek - Ethiopian Legends and Bible Folklore

Black God: An Introduction to the World's Religions and Their Black Gods

Black Man of the Nile: And His Family

The Girl Who Smiled Beads: A Story of War and What Comes After

Do Not Disturb: The Story of a Political Murder and an African Regime Gone Bad

We Wish to Inform You That Tomorrow We Will Be Killed with Our Families: Stories from Rwanda

The Africa Cookbook: Tastes of a Continent

Reversing Sail: A History of the African Diaspora

When Money Destroys Nations: How Hyperinflation Ruined Zimbabwe, How Ordinary People Survived, and Warnings for Nations that Print Money

Congo Diary: Episodes of the Revolutionary War in the Congo

Congo: The Epic History of a People

Carthage Must Be Destroyed: The Rise and Fall of an Ancient Civilization

Lost Stones of the Anunnaki: And The Mind-Altering Journey To Find Them

For A Sign And A Wonder: Handy Scriptural References To Aid The Newly Awakened Israelite

Abina and the Important Men

Kaffir Boy: The True Story of a Black Youths Coming of Age in Apartheid South Africa

The Islamic State in Africa: The Emergence, Evolution, and Future of the Next Jihadist Battlefront

Flowers for Elephants: How a Conservation Movement in Kenya Offers Lessons for Us All

The Fall of the Ottomans: The Great War in the Middle East

Vaccines and Bayonets: Fighting Smallpox in Africa amid Tribalism, Terror and the Cold War

The Golden Rhinoceros: Histories of the African Middle Ages

Abu Simbel: A Short Guide to the Temples

The Enduring Relevance of Walter Rodney's How Europe Underdeveloped Africa

The Civilizations of Africa: A History to 1800

Dictatorland: The Men Who Stole Africa

Out of Egypt: A Memoir

On the Nile in the Golden Age of Travel

Alice on the Run: One Child's Journey Through the Rwandan Civil War

A Human Being Died That Night: A South African Woman Confronts the Legacy of Apartheid

28: Stories of AIDS in Africa

The Fortunes of Africa: A 5000-Year History of Wealth, Greed, and Endeavor

The Shadow of the Sun

Yoruba Mythology Coloring Book: The Gods and Goddesses of Yorubaland

Abu Simbel and the Nubian Temples

A Lion in the bedroom

A Fistful of Shells: West Africa from the Rise of the Slave Trade to the Age of Revolution

Cuba and Angola the War for Freedom

The Kingdom of God in Africa: A History of African Christianity

Sacred Knowledge Traditions of the Oromo of the Horn of Africa

The Wealth and Poverty of African States

I Am Black Wall Street

The Arabs: A History

The Willie Lynch Letter And The Making Of A Slave

In an Antique Land: History in the Guise of a Traveler's Tale

No Greater Love: How My Family Survived the Genocide in Rwanda

Imhotep the African: Architect of the Cosmos

PreFlood: An Easy Journey Into the PreFlood World by Trey Smith (Paperback)

The Restoration of Sunnism: The Early History of Islamic Law Schools and the Professoriate in Egypt, 495-647/1101-1249

Spear: Mandela and the Revolutionaries

Africa: A Biography of the Continent

Loot: Britain and the Benin Bronzes

Born in Blackness: Africa, Africans, and the Making of the Modern World

Guides to the Eucharist in Medieval Egypt: Three Arabic Commentaries on the Coptic Liturgy

The African Wars: Warriors and Soldiers of the Colonial Campaigns

The Buried: An Archaeology of the Egyptian Revolution

The Igbos and Israel: An Inter-Cultural Study of the Largest Jewish Diaspora

The Book of African Proverbs: A Collection of Timeless Wisdom, Wit, Sayings & Advice

The Story of the Moors After Spain

The Dead Do Not Die: "Exterminate All the Brutes" and Terra Nullius

The Blessing of Africa

Scapegoats of the Empire: The True Story of Breaker Morant's Bushveldt Carbineers

The Willie Lynch Letter and the Making of a Slave