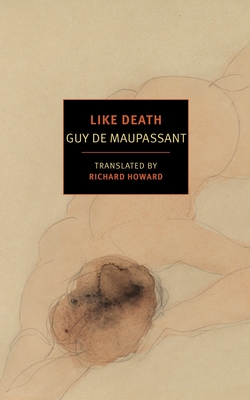 A devastating novel about the treachery of love by Maupassant, now in a new translation by National Book Award and Pulitzer Prize winning poet and translator Richard Howard

Olivier Bertin is at the height of his career as a painter. After making his name as a young man with his Cleopatra, he has gone on to establish himself as the chosen painter of Parisiennes, the most adroit and ingenious artist to reveal their grace, their figures, and their souls. And though his hair may be white, he remains a handsome, vigorous, and engaging bachelor, a prized guest at every table and salon. Olivier's lover is Anne, the Countess de Guilleroy, the wife of a busy politician. Their relationship is long-standing, close, almost conjugal. The countess's daughter is Annette, and she is the spitting image of her mother in her lovely youth. Having finished her schooling, Annette is returning to Paris. Her parents have put together an excellent match. Everything is as it should be--until the painter and countess are each seized by an agonizing suspicion, like death. . . . In its devastating depiction of the treacherous nature of love, Like Death is more than the equal of Swann's Way. Richard Howard's new translation brings out all the penetration and poetry of this masterpiece of nineteenth-century fiction.