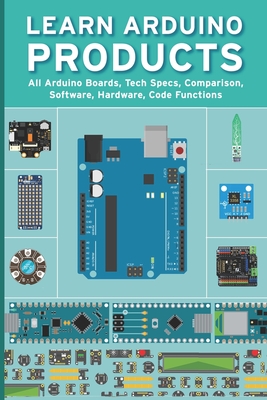 Have you heard about this thing called Arduino lately? Maybe you've seen some projects that use an Arduino? what's this Arduino thing anyway? seems like a sub sandwich. I'm gonna use plain language to inform you exactly what an Arduino is. You'll learn why it is so wildly popular, and most significantly by the top of this lesson, you'll know if Arduino is true for your project. So stay tuned. (strange music) So let's start with our first topic, what's Arduino exactly? I feel the simplest thanks to explaining what an Arduino is, is to start with what you'll use it for. So Arduino may be a tool for controlling electronics. So believe a pencil. A pencil may be a tool to assist you to write stuff. you would like to write down something down hey, you'll grab a pencil. Same idea with Arduino. But Arduino may be a tool for controlling electronics. you would like to regulate some electronic stuff hey, grab an Arduino. But what do I mean by electronic stuff? Well, let me define two general groups of electronics staff. we have got inputs, and people would be electronic devices that gather information. And outputs, those would be electronic devices that do things. So for inputs, you'll quite consider all the kinds of sensors out there. Like temperature sensors, light sensors, touch sensors, flex sensors, humidity sensors, infrared sensors, distance sensors, of these sorts of sensors out there. So, you'll consider those sensors as input devices, and people sorts of sensors are often read by an Arduino board. Now outputs would be things like DC motors, stepper motors, servo motors, solenoids, LCDs, LED indicator lights, speakers, and electrical stuff that have some sort of action within the world.

The Loop: How Technology Is Creating a World Without Choices and How to Fight Back

Dignity in a Digital Age: Making Tech Work for All of Us

The Art of Statistics: How to Learn from Data

Linked: Conquer Linkedin. Get Your Dream Job. Own Your Future.

The DevOps Handbook: How to Create World-Class Agility, Reliability, & Security in Technology Organizations

The Internet of Money: A collection of talks by Andreas M. Antonopoulos

Algorithms to Live by: The Computer Science of Human Decisions

The Exponential Age: How Accelerating Technology Is Transforming Business, Politics and Society

Hbr's 10 Must Reads on Ai, Analytics, and the New Machine Age (with Bonus Article Why Every Company Needs an Augmented Reality Strategy by Michael E.

Blockchain Bubble or Revolution: The Future of Bitcoin, Blockchains, and Cryptocurrencies

Clean Architecture: A Craftsman's Guide to Software Structure and Design

The Year in Tech, 2021: The Insights You Need from Harvard Business Review

Computer Science in K-12: An A-To-Z Handbook on Teaching Programming

Windows 11 for Seniors for Dummies

Code: The Hidden Language of Computer Hardware and Software

Join or Die: Digital Advertising in the Age of Automation

Google Archipelago: The Digital Gulag and the Simulation of Freedom

iPhone for Seniors for Dummies

Platform Revolution: Blockchain Technology as the Operating System of the Digital Age

Android Smartphones for Seniors for Dummies

The Age of Data: Embracing Algorithms in Art & Design

iPhone for Seniors for Dummies: Updated for iPhone 12 Models and IOS 14

Elements of Programming Interviews in Python: The Insiders' Guide

iPad for Seniors for Dummies

Laptops for Seniors in Easy Steps: Covers All Laptops with Windows 11

Computers for Seniors for Dummies

iPad and iPad Pro for Dummies

Text as Data: A New Framework for Machine Learning and the Social Sciences

The Wires of War: Technology and the Global Struggle for Power

Journey of the Mind: How Thinking Emerged from Chaos

My iPhone for Seniors (Covers All iPhone Running IOS 15, Including the New Series 13 Family)

The User Experience Team of One: A Research and Design Survival Guide

The Digital Mindset: What It Really Takes to Thrive in the Age of Data, Algorithms, and AI

The Pocket Photographer: How to Take Beautiful Photos with Your Phone

If Then: How the Simulmatics Corporation Invented the Future

Scary Smart: The Future of Artificial Intelligence and How You Can Save Our World

The Book of Why: The New Science of Cause and Effect

Blockchain Chicken Farm: And Other Stories of Tech in China's Countryside

Npr's Podcast Start Up Guide: Create, Launch, and Grow a Podcast on Any Budget

Design for How People Learn

Our Final Invention: Artificial Intelligence and the End of the Human Era

Influencer: Building Your Personal Brand in the Age of Social Media

How to Destroy Surveillance Capitalism

Thinking Clearly with Data: A Guide to Quantitative Reasoning and Analysis

Break the Internet: The Truth about Influencers

The Art of Invisibility: The World's Most Famous Hacker Teaches You How to Be Safe in the Age of Big Brother and Big Data

Data Science for Business: What You Need to Know about Data Mining and Data-Analytic Thinking

The Outcome Generation: How a New Generation of Technology Vendors Thrives Through True Customer Success

The Innovators: How a Group of Hackers, Geniuses, and Geeks Created the Digital Revolution

iPhone for Seniors in Easy Steps: Covers All Models with IOS 15

Windows 11 for Seniors in Easy Steps

Office 2021 for Macs for Dummies

How To Convert Your Social Media Follows To Customers: An Actual Step - By - Step Guide

Running Lean: Iterate from Plan A to a Plan That Works

The Myth of Artificial Intelligence: Why Computers Can't Think the Way We Do

The Boogeyman Exists; And He's In Your Child's Back Pocket (2nd Edition): Internet Safety Tips & Technology Tips For Keeping Your Children Safe Online

Writing Is Designing: Words and the User Experience

Computers Made Easy: From Dummy To Geek

Stop Asking Questions: How to Lead High-Impact Interviews and Learn Anything from Anyone

Non-Computable You: What You Do That Artificial Intelligence Never Will

Everybody Lies: Big Data, New Data, and What the Internet Can Tell Us about Who We Really Are

A Biography of the Pixel

The Truth Machine: The Blockchain and the Future of Everything

The Programmer's Brain: What Every Programmer Needs to Know about Cognition

The Modem World: A Prehistory of Social Media

iPhone 11 Guide: The Ultimate Beginners, Dummies and Seniors's Tips and Tricks Manual on How to Use Your Phone Optimally