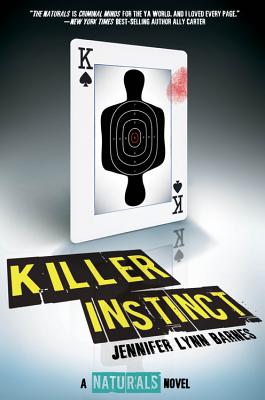 A chilling copycat killer has the Naturals in his crosshairs in this exhilarating crime thriller from Jennifer Lynn Barnes, the #1 New York Times bestselling author of The Inheritance Games. Seventeen-year-old Cassie Hobbes has a gift for profiling people. Her talent has landed her a spot in an elite FBI program for teens with innate crime-solving abilities, and into some harrowing situations. After barely escaping a confrontation with an unbalanced killer obsessed with her mother's murder, Cassie hopes she and the rest of the team can stick to solving cold cases from a distance. But when victims of a brutal new serial killer start turning up, the Naturals are pulled into an active case that strikes too close to home: the killer is a perfect copycat of Dean's incarcerated father-a man he'd do anything to forget. Forced deeper into a murderer's psyche than ever before, will the Naturals be able to outsmart the enigmatic killer's brutal mind games before this copycat twists them into his web for good? With her trademark wit, brilliant plotting, and twists that no one will see coming, Jennifer Lynn Barnes will keep readers on the edge of their seats (and looking over their shoulders) as they race through the pages of this thrilling novel.
Praise for Killer Instinct A welcome addition to the teen-sleuth genre.
-Kirkus Reviews Barnes knows how to keep the reader hooked, and fans will be eagerly reaching for this title and clamoring for the next in the series.
-Booklist This is a definite purchase for libraries....
-School Library Journal Intricately plotted, this novel will keep teens guessing and leave readers eagerly waiting the next installment in The Naturals series.
-VOYA Praise for The NaturalsThe Naturals is Criminal Minds for the YA world, and I loved every page.-New York Times best-selling author Ally Carter * [A] tightly paced suspense novel that will keep readers up until the wee hours to finish.-VOYA (starred review) This savvy thriller grabs readers right away.-Kirkus Reviews It's a stay-up-late-to-finish kind of book, and it doesn't disappoint.-Publishers Weekly In this high-adrenaline series opener...even a psychic won't anticipate all the twists and turns.-Booklist