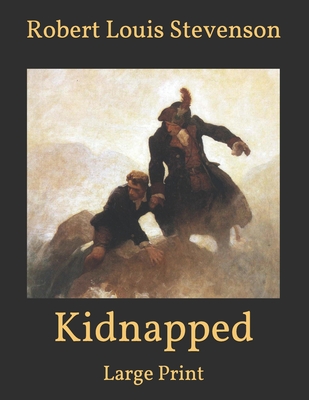 will begin the story of my adventures with a certain morning early in the month of June, the yearof grace 1751, when I took the key for the last time out of the door of my father's house. The sunbegan to shine upon the summit of the hills as I went down the road; and by the time I had come asfar as the manse, the blackbirds were whistling in the garden lilacs, and the mist that hung aroundthe valley in the time of the dawn was beginning to arise and die away.Mr. Campbell, the minister of Essendean, was waiting for me by the garden gate, good man! Heasked me if I had breakfasted; and hearing that I lacked for nothing, he took my hand in both of hisand clapped it kindly under his arm.Well, Davie, lad, said he, I will go with you as far as the ford, to set you on the way. And webegan to walk forward in silence.Are ye sorry to leave Essendean? said he, after awhile.Why, sir, said I, if I knew where I was going, or what was likely to become of me, I would tellyou candidly. Essendean is a good place indeed, and I have been very happy there; but then I havenever been anywhere else. My father and mother, since they are both dead, I shall be no nearer to inEssendean than in the Kingdom of Hungary, and, to speak truth, if I thought I had a chance tobetter myself where I was going I would go with a good will.Ay? said Mr. Campbell. Very well, Davie. Then it behoves me to tell your fortune; or so far asI may. When your mother was gone, and your father (the worthy, Christian man) began to sicken forhis end, he gave me in charge a certain letter, which he said was your inheritance. 'So soon, ' says he, 'as I am gone, and the house is redd up and the gear disposed of' (all which, Davie, hath been done), 'give my boy this letter into his hand, and start him off to the house of Shaws, not far fromCramond. That is the place I came from, ' he said, 'and it's where it befits that my boy should return.He is a steady lad, ' your father said, 'and a canny goer; and I doubt not he will come safe, and bewell lived where he go

Kidnapped: Being Memoirs of the Adventures of David Balfour in the Year 1751

Kidnapped: Being Memoirs of the Adventures of David Balfour in the Year 1751

Kidnapped: Being Memoirs of the Adventures of David Balfour in the Year 1851

Journey to the Centre of the Earth

The Power and the Glory

The Unpossessed: A Novel of the Thirties

The House of the Dead / The Gambler

Silas Marner: The Weaver of Raveloe