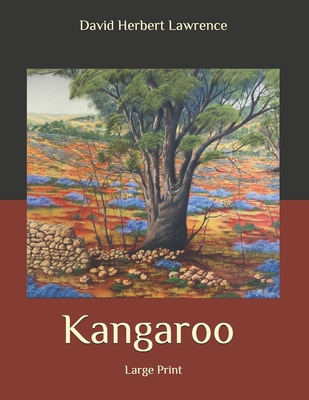 A bunch of workmen were lying on the grass of the park beside Macquarie Street, in the dinner hour. It was winter, the end of May, but the sun was warm, and they lay there in shirt-sleeves, talking. Some were eating food from paper packages. They were a mixed lot-taxi-drivers, a group of builders who were putting a new inside into one of the big houses opposite, and then two men in blue overalls, some sort of mechanics. Squatting and lying on the grassy bank beside the broad tarred road where taxis and hansom cabs passed continually, they had that air of owning the city which belongs to a good Australian.Sometimes, from the distance behind them, came the faintest squeal of singing from out of the fortified Conservatorium of Music. Perhaps it was one of these faintly wafted squeals that made a blue-overalled fellow look round, lifting his thick eyebrows vacantly. His eyes immediately rested on two figures approaching from the direction of the conservatorium, across the grass-lawn. One was a mature, handsome, fresh-faced woman, who might have been Russian. Her companion was a smallish man, pale-faced, with a dark beard. Both were well-dressed, and quiet, with that quiet self-possession which is almost unnatural nowadays. They looked different from other people.A smile flitted over the face of the man in the overalls-or rather a grin. Seeing the strange, foreign-looking little man with the beard and the absent air of self-possession walking unheeding over the grass, the workman instinctively grinned. A comical-looking bloke! Perhaps a Bolshy.The foreign-looking little stranger turned his eyes and caught the workman grinning. Half-sheepishly, the mechanic had eased round to nudge his mate to look also at the comical-looking bloke. And the bloke caught them both. They wiped the grin off their faces. Because the little bloke looked at them quite straight, so observant, and so indifferent. He saw that the mechanic had a fine face, and pleasant eyes, and that the grin was hardly more than a city habit. The man in the blue overalls looked into the distance, recovering his dignity after the encounter.So the pair of strangers passed on, across the wide asphalt road to one of the tall houses opposite. The workman looked at the house into which they had entered.What d'you make of them, Dug? asked the one in the overalls.Dunnow! Fritzies, most likely.They were talking English.Would be, naturally-what yer expect?I don't think they were German.Don't yer, Jack? Mebbe they weren't then.Dug was absolutely unconcerned. But Jack was piqued by the funny little bloke.Unconsciously he watched the house across the road. It was a more-or-less expensive boarding-house. There appeared the foreign little bloke dumping down a gladstone bag at the top of the steps that led from the porch to the street, and the woman, the wife apparently, was coming out and dumping down a black hat-box. Then the man made another excursion into the house, and came out with another bag, which he likewise dumped down at the top of the steps. Then he had a few words with the wife, and scanned the street.