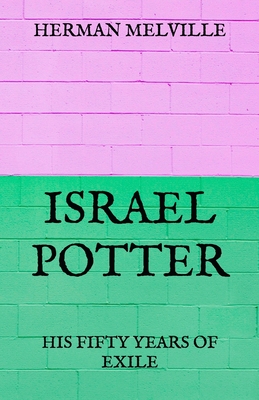 When Israel Potter leaves his plow to fight in the American Revolution, he's immediately thrown into the Battle of Bunker Hill, where he receives multiple wounds. However, this does not deter him, and after hearing a rousing speech by General George Washington, he volunteers for further duty, this time at sea, where more ill fortune awaits him. Israel is captured by the British Navy and taken to England. Yet, he makes his escape, and this triggers a series of extraordinary events and meetings with remarkable people. Along the way, Israel encounters King George III, who takes a liking to the Yankee rebel and shelters him in Kew Gardens; Benjamin Franklin, who presses Israel into service as a spy; John Paul Jones, who invites Israel to join his crew aboard The Ranger; and Ethan Allen, whom Israel attempts to free from a British prison. Throughout these adventures, Israel Potter acquits himself bravely, but his patriotic valor does not bring him any closer to his dream of returning to America. After the war, Israel finds himself in London, where he descends into poverty. Finally, fifty years after he left his plough, he makes his way back to his beloved Berkshires. However, few things remain the same. Soon, Israel fades out of being, his name out of memory, and he dies on the same day the oldest oak on his native lands is blown down.

Israel Potter: his fifty years of exile(1885), by: Herman Melville

Israel Potter: his fifty years of exile (1855) by Herman Melville