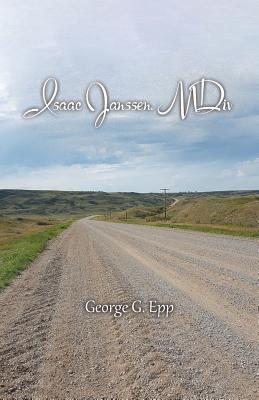 A preacher, after all is said and done, is the speaking servant of God, conveying--not inventing--the holy invitation, the celestial communication.
Isn't he?
Why would anyone aspire to pastoral ministry when, for instance, a garage door installer makes twice as much and has weekends off? In this transition we call the post-modern shift, city-kid Ike Janssen moves directly from student at a denominational seminary to the pastor role in a rural Saskatchewan town.
Isaac Janssen, Mdiv, is written as connected short stories. Each of the 30 chapters is focused on a discrete episode in the lives of Ike and Sarah, while key characters' lives thread their way in and out of the whole. Annette, for instance, who metaphorically becomes Ike's woman at the well. Ben, who wrestles with Ike on the question of gays in church while they're cleaning up the cemetery. Amanda who volunteers as church secretary and blossoms into much more in the life of the congregation. Gerald Brandt, who is Ike's doppelganger, except walking four or five steps ahead.
Post-modernism, post-Christianity, post-whatever can be understood as analogous to the natural law of entropy: both the created world and human institutions become complex, organized entities only with the application of much energy. Their decay and dissolution, however, follows without effort, is inevitable when sustaining energy is withdrawn or finds itself in short supply. Isaac Janssen, MDiv humbly seeks to participate in a dialogue about the meaning on the ground of what has been characterized as a revolutionary period in the life of Christ's church, possibly as significant historically as the Reformation.