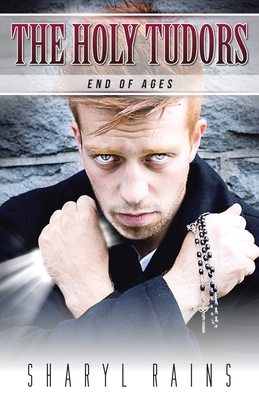 The Holy Tudors: End of Ages

What if eternal life isn't enough to save you?

Edward Tudor once ruled England as Edward VI. Now, he is regarded by God as the most powerful Guardian ever commanded to protect\ the Holy Grail: the vessel created by God, healing Edward upon his death in 1553.

While leading two new Guardians into the next millennium, Edward discovers the true secrets\ behind a confusing Vatican controversy, mysteriously connected to his past. After the finding the key to the future of mankind, Edward begins to question the fulfillment of his own destiny to God and the Holy Grail. Upon reflection and prayer, Edward finds powers within the Grail that suggest time can be manipulated, and soon enough, he discovers how to travel back and forth through the ages.

Edward's curiosity burns within him, and upon a visit into the nearby future, Edward is shocked to find a post-apocalyptic earth, ravaged by resource depletion and nuclear fallout resulting from a strange pandemic. With most of the\ world's population wiped out, those that remain are scattered, forming alliances and competing for what's left of earth in a last attempt to survive.

Little does Edward know that the future he visits is only the beginning; the beginning of the end. Earth is headed towards God's final goal for Creation, and in the midst of his crumbling belief in the duty originally placed before him, Edward is fueled by the overwhelming desire for answers. Through the doors of Catholic

conspiracy, the words of a visionary hidden long ago, and information brought back from a post-apocalyptic future, Edward is convinced he is the only one can stop the devastation plaguing the earth. Determined to repair the damage and save the world from its own destruction, Edward and his Guardians embark on a new journey to preserve their future, but as unexpected events unfold, Edward struggles to keep his sanity and his faith intact. Will Edward Tudor ever hand the Holy Grail back to man?

The Holy Tudors: End of Ages

The Cradle of Ice

Emily Wilde's Encyclopaedia of Faeries: Book One of the Emily Wilde Series