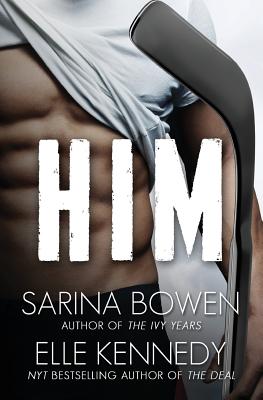 They don't play for the same team. Or do they? Jamie Canning has never been able to figure out how he lost his closest friend. Four years ago, his tattooed, wise-cracking, rule-breaking roommate cut him off without an explanation. So what if things got a little weird on the last night of hockey camp the summer they were eighteen? It was just a little drunken foolishness. Nobody died. Ryan Wesley's biggest regret is coaxing his very straight friend into a bet that pushed the boundaries of their relationship. Now, with their college teams set to face off at the national championship, he'll finally get a chance to apologize. But all it takes is one look at his longtime crush, and the ache is stronger than ever. Jamie has waited a long time for answers, but walks away with only more questions-can one night of sex ruin a friendship? If not, how about six more weeks of it? When Wesley turns up to coach alongside Jamie for one more hot summer at camp, Jamie has a few things to discover about his old friend...and a big one to learn about himself. Warning: contains sexual situations, skinny-dipping, shenanigans in an SUV and proof that coming out to your family on social media is a dicey proposition.

Love in the Big City

The Queer Principles of Kit Webb

Meet Me in Madrid: An LGBTQ Romance

The Life Revamp: An LGBTQ Romcom

The Fate of Stars: A Fantasy Lesbian Romance

I Should Have Known Better

Everyone on the Moon is Essential Personnel

Go Back at Once

I Kissed a Girl

Something to Talk about

If You Love Something

I'm Not Hungry But I Could Eat

The Care and Feeding of Waspish Widows: Feminine Pursuits

The Lights on Knockbridge Lane

Notes of a Crocodile

Confessions of a Mask

Better Davis and Other Stories

All the Water I've Seen Is Running

He Gets That from Me

De Cineribus: From the Ashes

The Goddess of Nothing At All

A Dream of a Woman

The Summer Palace and Other Stories: A Captive Prince Short Story Collection

For the Love of April French

A Natural History of Transition

The Garden of Eden

What We Pick Up

De Cineribus: From the Ashes